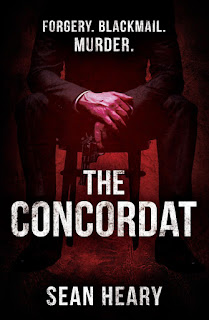 Welcome to the blog today for my stop on the blog tour for The Concordat, Sean Heary's debut thriller.
Since his rise to power, Russian President Alexander Volkov has increasingly engaged in hostile activities as he attempts to rebuild the Russian Empire. In support of his tactics, the Russian FSB has forged a Concordat dated 1939 in which the Vatican supposedly agreed to cease all opposition to the Nazi government in return for being appointed the official state religion of the Third Reich.


Planting the counterfeit in a Berlin apartment, the FSB engineer a plan to blackmail the Vatican via the son of a murdered former East German Stasi colonel. The Vatican reluctantly agrees to acquire the counterfeit to prevent it falling into the hands of the Church's enemies, sending the head of the Vatican Police, Lorenzo Rossi, to Germany to negotiate with the blackmailer. But Rossi's flight is delayed and by the time he arrives the blackmailer is dead and the Concordat has vanished.


Rossi follows a deadly trail to Paris and onto Moscow, where he meets Cathy Doherty, a CIA Agent with a passion for all things Russian. Together they set out to establish the origins of the Concordat, and its intended purpose. Armed with information provided by a CIA informant, the forger is identified. Will Rossi be able to recover the Concordat and flee Russia with his life?

This is a fast- moving thriller which travels from country to country throughout Europe and which has a political/ historical edge. The cover highlights: forgery, blackmail, murder and all these elements are there almost from the off. There is quite a head count going on. Rossi, the head of the Vatican Police and Cathy, the CIA agent, develop an interesting relationship which never gets in the way of the plot.

With espionage and double dealing, you never quite know where the storyline is going to go. I am sure that lovers of Dan Brown's books would enjoy this. If you like novels with a revisionist take on history and where the pillars of the world order seem to be in conflict, this book will appeal to you. It's a quick moving novel which takes you with it all the way to the end.

In short: A political crime thriller with just a dash of romance.
About the Author 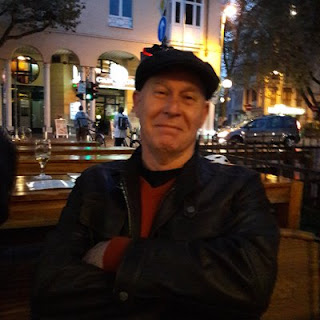 Sean Heary lived for many years only a stone’s throw from the Kremlin. No wonder he writes political thrillers. He also worked for several years in Tashkent, Uzbekistan where he met his wife. Born and raised in Australia, Sean now makes Germany his home.

Thanks to Sean Heary, Troubador Publishing and Anne Cater of Random Things Tours  for a copy of the book and a place on the tour.

Check in with the rest of the tour!