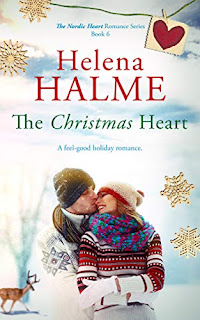 Tall, dark and handsome, Tom is out to have some fun. Kaisa doesn’t think she’ll ever fall in love again. But when they meet on the snow-capped Swedish Alps, sparks fly.

With his beloved mother passed, Tom is forced to leave his two teenage sons in Milan with his ex and is looking forward to an uncomplicated Christmas skiing in the Swedish Alps.

With her daughter Rosa away backpacking in the Far East, Kaisa decides to take a rare winter break over the holidays with her best friend Tuuli. Now in her late fifties, Kaisa doesn’t think she’ll ever fall in love again. But when she sees Tom after some thirty years, her heart begins to beat a little faster. Kaisa knows, however, an affair with Tom will go nowhere. Years ago, they had a disastrous date, which neither of them wishes to revisit.

Yet, on the slopes and in the apres-ski bars Tom showers Kaisa with his attentions and she finds she cannot resist his intense eyes and passionate kisses.

Can Kaisa trust this European Casanova, and her own sudden infatuation?

The Christmas Heart is a seasonal story of grown-up love set in the beautiful Swedish Alps. It’s the final book in the acclaimed Nordic Heart series, but can also be read as a stand-alone story. 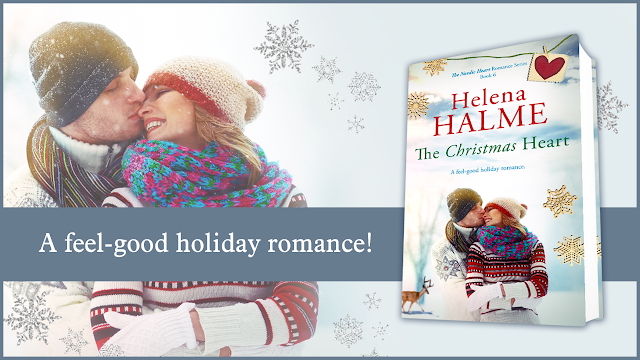 This is another of those glistening Christmas books which you just dive straight into and don't surface till you have read it! I read it as a standalone and only realised afterwards that the characters feature in Helena's Nordic Heart series. Kaisa's story is continued 25 years after Book 4 in the series. Not knowing this didn't spoil my enjoyment. It is a refreshing change to read a story which features more mature main characters and I found Kaisa to be both likeable and relatable. I was slightly frustrated that I could not totally take to Tom. There was something about him which made me doubt him but I suppose Kaisa was feeling those doubts too. 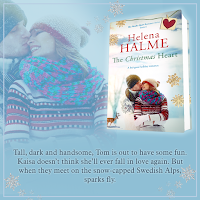 With glorious sparkling snow in the Swedish resort, it feels like a great seasonal read for those who want a little escapism and a large dollop of romance. It is a fairly short read at 192 pages, just perfect for a cold weekend.

In short: Festive romance in a nordic setting. 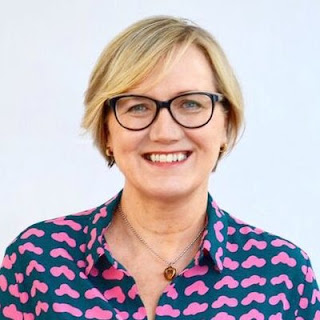 A prize-winning author, Helena Halme writes contemporary fiction with a hint of both Nordic Noir and romance. She’s a former BBC journalist, bookseller and magazine editor. Originally from Finland where she gained an MSc in Marketing, she also holds an MA in Creative Writing from Bath Spa University and writes in English.

Helena acts as Nordic Ambassador for the Alliance of Independent Authors and helps other writers publish and market their books.

Helena has published seven fiction titles, including The English Heart, a best-selling Nordic romance, which won an Awesome Indies badge on publication. The bittersweet 1980s love story between a Finnish student and a British Navy officer is now a series, including a prequel novella, The Young Heart, the sequels The Faithful Heart, The Good Heart and Helena’s latest title, The True Heart, book four in The Nordic Heart Series. Helena has also published a non-fiction title, Write Your Story: Turn your Life into Fiction in 10 Easy Steps.

Helena is addicted to Nordic Noir and dances to Abba songs when nobody’s watching.

Thanks to Helena and Anne Cater of Random Things Tours for a copy of the book and a place on the tour.

Catch up on the rest of the tour! 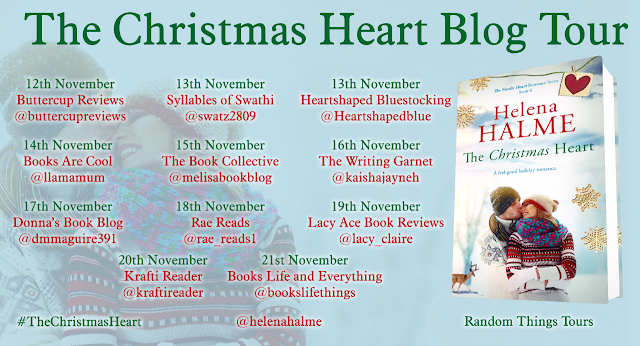