And so it begins by Rachel Abbott ** Blog Tour Review** 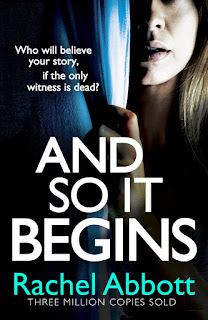 Today it is great to be featuring best-selling author, Rachel Abbott's AND SO IT BEGINS, which is being published traditionally for the first time, by Wildfire. Rachel has sold over 3 million copies of her 6 self published psychological thrillers.
So this is how it ends. It is clear to me now: one of us has to die.

Mark and Evie had a whirlwind romance. Evie brought Mark back to life after the sudden death of his first wife. Cleo, Mark’s sister, knows she should be happy for him. But Cleo doesn’t trust Evie...

When Evie starts having accidents at home, her friends grow concerned. Could Mark be causing her injuries? Called out to their cliff-top house one night, Sergeant Stephanie King finds two bodies entangled on blood-drenched sheets.

Where does murder begin? When the knife is raised to strike, or before, at the first thought of violence? As the accused stands trial, the jury is forced to consider - is there ever a proper defence for murder?

And So It Begins is a darkly compulsive psychological thriller with all the hallmarks of a Rachel Abbott bestseller - a provocative dilemma, richly-layered mystery, knife-edge tension, and brilliant characterization.

And so it begins hits all the targets of a great psychological thriller. There are characters who fool you and who lead you through the twists and turns of the plot and perspectives that shift as you re-interpret the events. It manages to avoid leaving the reader feeling manipulated. Rachel Abbott tells a great tale and the plot is intricate and keeps you guessing. The relationship between the three main characters of Evie, Mark and Cleo is seemingly unfathonable and oh so complicated.

The two police investigators, Stephanie and Gus, who are trying to get to the truth, are promising characters with a thorny relationship bubbling over. The section of the story which takes place in court feels realistic and exposes the fact that you cannot trust any one of the protagonists to tell the truth. I also enjoyed some of the secondary characters, especially Harriet, Evie's lawyer who really springs out from the page. It makes for a satisfying read, with an ending which does genuinely surprise. 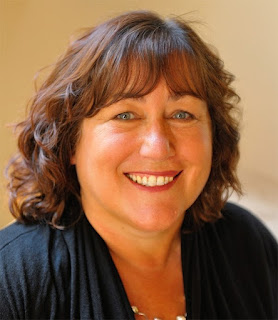 Rachel Abbott began her career as an independent author in 2011, with Only the Innocent, which became a No.1 bestseller on Kindle, topping the chart for four weeks. Since then, she has published five further psychological thrillers, plus a novella, and sold over 2.75 million copies. She is one of the top-selling authors of all time in the UK Kindle store (published and self-published), and her novels have been translated into 21 languages. This is her first traditional publishing deal, though she’s been approached many times.

Thanks to Rachel Abbott, Wildfire and Anne Cater of Random Things Tours for a copy of the book and a place on the tour. 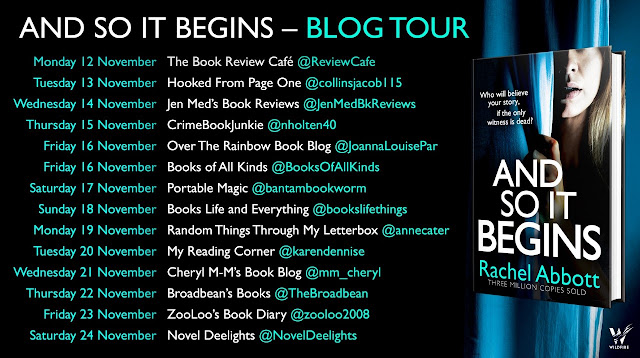