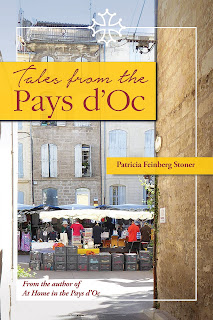 Today I am leaving a chilly autumn day and featuring Tales from the Pays D'Oc by Patricia Steinberg Stoner.

Twenty-one tales of life, love and laughter in the land of sun and vines.

What is Matthieu doing up an olive tree?  Why won’t Joséphine ever eat pizza again?  Who went four by fourth? And who rescued two hapless Americans at Armageddon Falls?

Travel to the Languedoc, feel the scorch of the sun on your shoulders, smell the dust and the lavender and the ripening grapes and follow the adventures of the Saturday Club and the regulars at l’Estaminet.

In this collection of stories, Patricia Feinberg Stoner revisits the territory of her memoir, ‘At Home in the Pays d’Oc’ with a whole host of new and familiar characters. 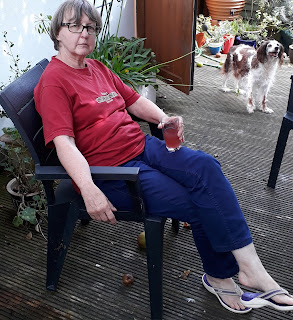 Patricia Feinberg Stoner is a former journalist, advertising copywriter and publicist. For four years she and her husband were accidental expatriates in the Languedoc, southern France.  During that time she wrote a series of magazine articles which eventually became her first book about the Languedoc: ‘At Home in the Pays d’Oc.’
​
Now back in the UK, she lives with her husband in the pretty West Sussex village of Rustington, where Michael Flanders encountered a gnu and the mobility scooter is king.
​
She spends much of her time writing short stories and comic verses. Her first book, ‘Paw Prints in the Butter’, is a collection of comic poems for cat lovers, and is sold in aid of a local animal charity.  In 2017 she published her second book of comic verse: ‘The Little Book of Rude Limericks’.
​
In the autumn of 2018 Patricia returns to the locale of ‘At Home in the Pays d’Oc’ with a new collection of stories: ‘Tales from the Pays d’Oc’.
​
Patricia welcomes visitors to her Facebook page Paw Prints in the Butter and to her blog www.paw-prints-in-the-butter.com.
​
You may occasionally find her on Twitter @perdisma.

Thanks to Patricia and Rachel of Rachel's Random Resources for a place on the event. 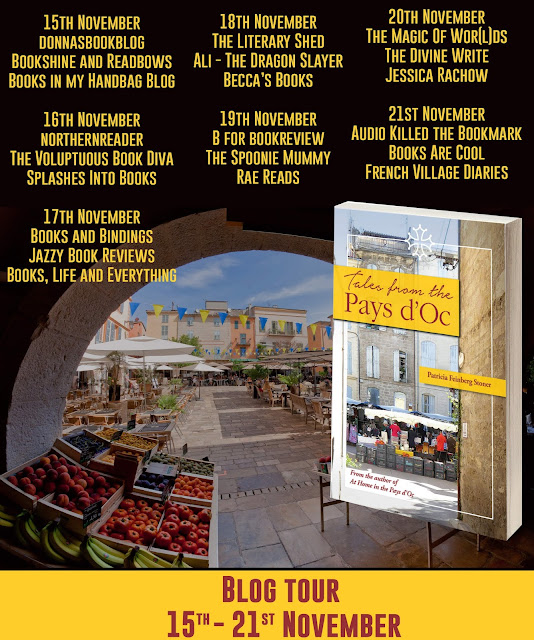