The Woman with Wings by James MacManus #Review 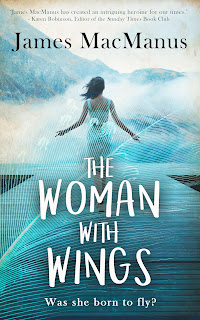 I am delighted to be taking part in the blog tour for James MacManus' latest novel: The Woman with Wings. I was keen to read it as I enjoyed Ike and Kay so much. My review for Ike and Kay can be found here.

In this heart-warming tale of female empowerment, a young woman comes to terms with the revelation that she may be able to fly.
Alison Spedding is a loner; no real friends, no boyfriend and a job in which she goes unnoticed. At thirty-two, her only passion is birdwatching.

One afternoon, high on a Scottish mountain, earnestly waiting for the rarest of sights – a white tailed eagle returning to its nest – she slips, falling silently. In shock, her fellow twitchers return to the hostel to raise the alarm, heavy with the realisation that she must be dead. What they find shocks them even more. Alison is already there, alive and unscathed…

Further similar episodes cause Alison’s grip on reality to slip, her mind spiralling towards breaking point. In her dreams she sees a huge shadow on the ground, as if there was a creature above her, a creature with huge wings…

Her infatuated colleague Jed is concerned. Can he intervene before Alison finally loses control?

This is an extraordinary novel, exploring one woman’s identity whilst posing universal questions: Who is she? Where does she belong? And must she accept her lot, or can she spread her wings and be free at last? 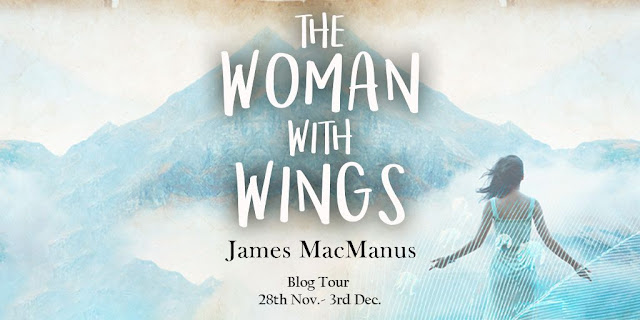 This is an evocative book with a distinctive voice. Alison is an intriguing character from the beginning. She attempts to stay in control at all times and is a lonely figure in many ways. When she is out bird watching, she notices tiny details about the environment and you can't help but think that she looks at the world as a bird might do. She also pushes out of her mind questions which she cannot answer and tries to ignore the extraordinary things which seem to be happening to her.

The other characters are quite a contrast to the enigmatic Alison and seem much more human and self centred. Through them, there are touches of humour. Throughout the story, there allusions to whether events are actually happening, part of the real world or alternatively an illusion. As Alison tries to come to terms with her thoughts and face up to who she might be, you feel how trapped she feels at times, like the caged birds which she longs to free.

In short: An ordinary girl caught in extraordinary events. 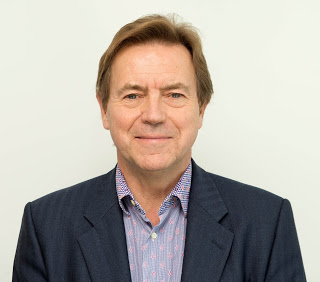 James MacManus is the managing director of The Times Literary Supplement. After studying at St Andrews University he began his career in journalism at the Daily Express in Manchester. Joining The Guardian in 1972, he later became Paris, and then Africa and Middle East Correspondent. He is the author of several novels including On the Broken Shore, Black Venus, Sleep in Peace Tonight and Midnight in Berlin. James MacManus has three children and lives in Dulwich, London.

Thanks to James MacManus and Endeavour Quill for a place on the tour and a copy of the book. 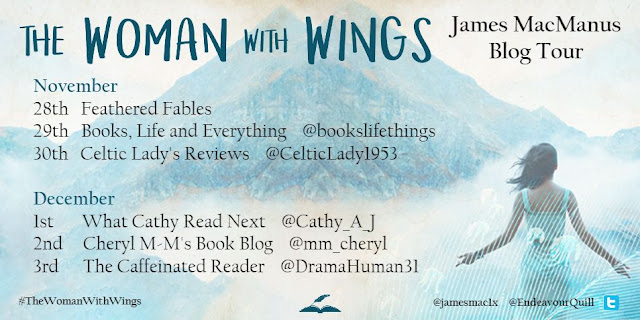