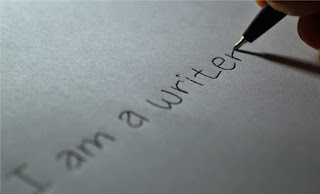 Today I am delighted to welcome the author Gabrielle Mathieu to the blog to talk about her writing life. The first in her YA fantasy Falcon series, Girl of Fire was launched on November 3rd and you can order a copy here:  Amazon UK'

Welcome, Gabrielle! Would you like to start by telling us a little about yourself and how you started as a writer? 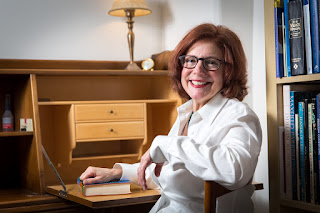 I’m Gabrielle, an expat -American who lives in a small town in Switzerland. I love it here.
I started writing at thirteen, when I had an intense crush on my art teacher, who looked a bit like a young Sean Connery in tatty jeans. I penned scads of poetry, which I would be very embarrassed to read now. I started the original version of my upcoming release, Girl of Fire, the next year, at the age of fourteen. It had a different title, and of course, it was terrible. I had no idea how to write.
If you didn’t write, what would you do for work?
First of all, let me say writing isn’t work, not in the sense the other jobs are. I suspect there’s an inverse correlation between how much fun something is, and how much you earn from it. I work in a medical laboratory 24 hours a week, I run a practice of Traditional Chinese Medicine where I offer acupuncture, massage, and herbal prescriptions, and I do some translation from German to English, and editing, to round things off.  I get bored easily, so this offers me maximum stimulation, if not maximum security.
What are your interests apart from writing?
I create and record monthly podcasts for the New Books Network in Fantasy and Adventure, so I read tons of  fantasy books in preparation for author interviews. Sometimes I’m pitched by a PR person, but other times I get the names from Twitter, or just hear about an author from Goodreads or various social media posts. I’ll take suggestions.
I also love to spend time in our community garden, and hike over mountain passes, so I don’t get much writing done in the summer. I get living done though, and I feel you have to get out and live to write interesting books, unless you’re just working on that introspective literary novel. That’s not me.
What is your favorite childhood book?
When I was eight, I read Tolkien’s trilogy, which made me incapable of normal kid conversation for a couple of years. Who can play with a Ken doll when you’re longing for Aragon? As the years went by, I began to view Tolkien as a product of his times, stilted in some respects. I’m impressed by the low fantasy world George RR Martin crafted, which seems appropriate for modern times, but I’ve had to stop reading because of the grisly flayings. I would say they both influenced me, and I stand between the two poles: absolute brutality and abstract idealism.
Tell us three surprising things about yourself.


Tell us about your latest book, Girl of Fire, without giving the plot away. 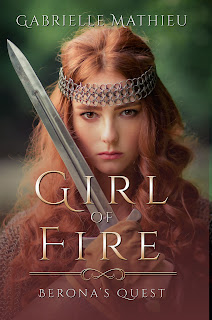 When nature takes her revenge, only Berona can defeat her.
Eighteen-year-old Berona only wants to roam free in the hills while she daydreams of a suitor who would dance with her—until the night the Water Demon hunts her down. To save her family from the Demon’s threats, she flees with a heretic magician convinced that Berona is the prophesied Girl of Fire. He promises to train her in the skills she will need to defeat their ancient enemy.

Their journey is fraught with challenges, and Berona questions her destiny. How can she be the Girl of Fire when she has yet to wield a sword?

But the Water Demon doesn’t fight with swords. She corrupts your very soul. As alliances crumble, the Demon infiltrates Berona's circle of trusted fighters and friends. Steeling herself against her broken heart, fearing the traitor within her ranks, Berona vows to prove the prophecy is her destiny.

Do you believe in writer’s block? What do you do to break its spell?
I don’t get writer’s block, but sometimes things stagnate, and I’m not engaged by my character’s activities. I have two stand-bys, maybe three, though the last one is a bit of a guilty secret. My very favorite thing is to go for a long walk in the pine woods, which are ten minutes away from our house. I even have a headlamp for those long, foggy winter nights. The Swiss are very inventive when it comes to hiking gear, and the woods are absolutely safe. I also find music very helpful. I like to listen to downtempo and world beat music, which transports me into a different universe.
The guilty secret—a glass of wine. It has to be good wine, preferably a slightly effervescent white from Switzerland, or else a glass of the red Austrian wine called Zweigelt, which is similar to a Zinfandel in taste and complexity.

Can you give any hints about any upcoming books you have planned?
Girl of Fire is the first book in the Berona’s Quest series. I have at least two more planned, and thanks to our talented cover designer, Courtney J. Hall, at Five Directions Press, you can see what they’ll look like already. Check out gabriellemathieu.com.

Thank you so much Gabrielle and good luck with Girl of Fire!

About the Author
Gabrielle Mathieu is the author of the Berona’s Quest YA fantasy series, which begins with Girl of Fire. Her previous novels include the historical fantasy Falcon series, about the misadventures of a young chemist who discovers a new and feral aspect of herself after she’s poisoned with a potent hallucinogen.

Check her out on YouTube where she does book comparisons and spoken word pieces as Gabrielle Mathieu. She’s also on Twitter as @AuthorGabrielle and on Facebook as GabrielleMathieuauthor.