The Love Detective Next Level by Angela Dyson #Book Spotlight 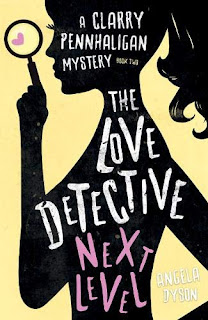 Note to self: Do not screw this up. When Clarry Pennhaligan, rookie private detective and unlikely heroine, takes on her second case, she is determined to master the art of smart. All she has been asked to do is to infiltrate a group of women who share a rather unusual way of spending their spare time. Shouldn’t be too demanding, she thinks, nothing to it. But, after her first clumsy steps reveal secrets that may best be kept hidden, her investigation gains momentum and events take a bizarre and sinister turn. Out of her depth and working above her paygrade, Clarry soon faces a very real danger. Things just got Next Level.

“The role of amateur detective has always appealed to me,” Angela Dyson explains. “The artless inexperienced meddler asking questions, stirring things up and getting in to a whole heap of trouble. But I’d never be brave enough to do it myself.”

Apart from the twists and turns of her crime caper, Angela has made sure to include some important messages to young and old. As she explains, “Twenty-six year old, Clarry Pennhaligan, is a modern heroine. She’s a generously proportioned size 14. She’s Body Positive and reflects the New Activism: Accept yourself ...just as you are. Accept others.....just as they are.”

And then there’s her side-kick, the glamorous septuagenarian Flan. “I love Flan! She’s gloriously outspoken, and with a huge appetite for life. The inter-generational aspect of the novel sends a powerful message: We can do anything we want, no matter what our age.” 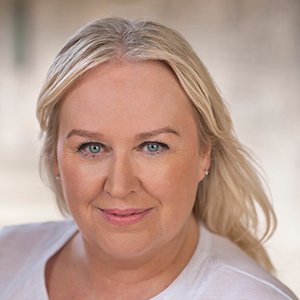 As well as creating the Clarry Pennhaligan mysteries, Angela Dyson also write a series, The Fortunes of Sally Forth, featuring a woman who has swapped London Living for Country Loving - something she has recently done herself. Her play, The Gift, premiered at The White Bear Theatre, London. She also won ITV's This Morning's national short story award.

Thanks to Amanda Dyson and Anne Cater of Random Things Tours for a place on the event. 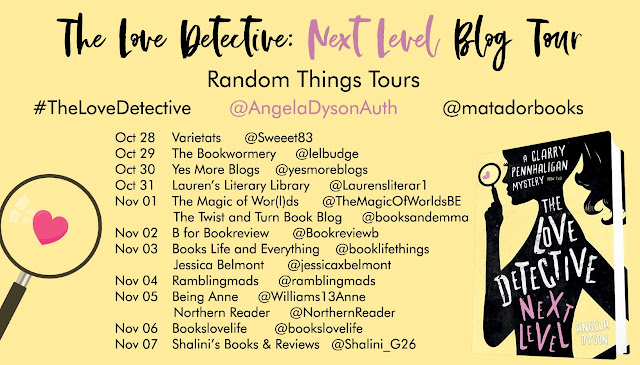