An Air that Kills by Christine Poulson #Review 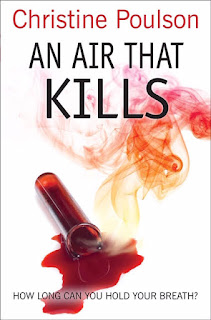 I am pleased to be featuring Christine Poulson's suspense novel, An Air that Kills, on the blog today and to be taking part in the final day of the blog tour to celebrate the novel. It was published in paperback on 22nd November by Lion Hudson.

How long can you hold your breath?
Katie Flanagan goes undercover at a lab: the scientists prove as dangerous as the diseases. The atmosphere in the lab is toxic. It is only a matter of time before there is a flu pandemic with the potential to kill billions. Or so wealthy entrepreneur Lyle Lynstrum believes. That is why he is funding research into transgenics – the mechanism by which viruses can jump the species barrier – at a high security lab on a tidal island off the North Devon coast.
A suspiciously rapid turnover of staff has him worried. He sends in scientist Katie Flanagan as an undercover lab technician. Something is clearly very wrong, but before Katie can get to the bottom of what is going on, a colleague is struck down by a mysterious illness. Has the safety of the facility been compromised, allowing a deadly virus to escape? Katie begins to suspect that the scientists are as deadly as the diseases – and that her cover has been blown. Then the island is cut off by high seas and a terrifying game of cat-and-mouse begins…

This crime thriller really is a 'hold your breath and see what happens' sort of a read. It is difficult to second guess and there are plenty of twists and turns along the way. The setting on an isolated island off the North Devon coast is wonderfully evoked which adds to the feeling of impending danger. I found the premise of possible scientific wrongdoing to be quite convincing and could readily believe in the culture of the science lab itself.

In Katie Flanagan you have a cool headed but relatable central character who is well used to living and working in isolated surroundings. There is quite a web of secrecy to untangle and plenty of suspects to consider. You find that you trust no one and can see the situation through Katie's eyes. There are just enough red herrings and false clues to keep you on your toes. A very enjoyable crime thriller which repays you for the reading.

In short: Suspicion settles in the air. 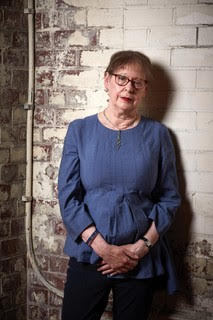 with academic life. A member of the Society of Friends, she is author of several novels and works of non-fiction including the Cassandra James series. During her career as an art historian, she worked as a curator of ceramics at Birmingham Museum and Art Gallery and as curator for the William Morris Society at Kelmscott House in Hammersmith, London. She taught for the Open University and was a lecturer in Art History at a college in Cambridge. She is a member of the Crime Writers' Association. Chrissie is currently based in Hope Valley, Derbyshire.

Thanks to Christine Poulson, Lion Hudson and Amber Choudhury of Midas PR for a copy of the book and a place on the tour.
Check out these brilliant bloggers! 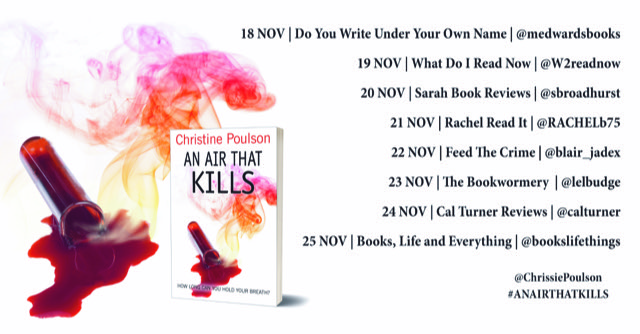