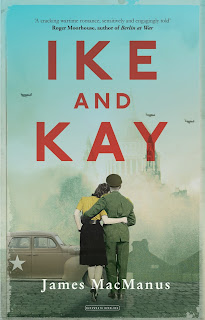 Today I am delighted to feature some beautiful historical fiction, Ike and Kay by James MacManus. It is a World War Two romance novel that tells the true story of General Eisenhower’s secret affair with British ambulance driver Kay Summersby.

Ike and Kay is a thrilling tale of wartime romance, brimming with love, duty, sacrifice and heartbreak, set against the backdrop of the most tumultuous period of the twentieth century.

It’s 1942, and war-battered London plays host to the imposing figure of General Ike Eisenhower on a vital mission for the US army. Kay Summersby, an ambulance driver who survived the horrors of the Blitz, is chosen to be his aide - a role that will change her life forever. Charmed by Ike's affable and disarming nature so different from the stiffness of British military convention, she accompanies him during the North African campaign against Rommel and the war in Europe against Nazi Germany. Amid the carnage a secret affair unfolds between the General and Kay but rumours of Ike's infidelity reach across the ocean to Washington - and worse yet, to his wife.

In a time where scandal and war threaten to break them apart, can Ike and Kay hold on to their  love?

This was such an interesting read, centring on the secret relationship between Dwight Eisenhower and Kay Summersby. The story is set against the events from 1942 to the end of the war, when Eisenhower surrounded himself with a tight group of people as he plotted the campaigns to defeat Hitler in Europe. You get quite a picture of the pressures which everyone was under. You are presented with a fictionalised version of their story based on the author's research and some towering figures from history are introduced.

This is a readable piece of historical fiction which left me wondering whether the character of Eisenhower was as it is presented. You realise that there were many rumours about them at the time, some of which did not appear in the press. It is Eisenhower's wife, Mamie who really interests me. You only get to glimpse her through snippets within the book and you cannot fail to think that she must have a story to tell. At the heart of the book, this is a love story which makes for a poignant and touching read, despite the background of war.

In short: historical romance filled with the detail of the mid 20th Century. 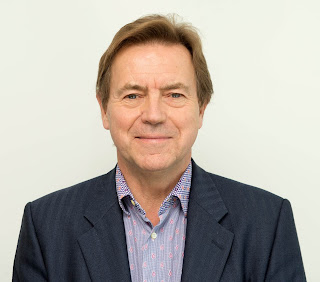 James MacManus is the managing director of The Times Literary Supplement. After studying at St Andrews University he began his career in journalism at the Daily Express in Manchester. Joining The Guardian in 1972, he later became Paris, and then Africa and Middle East Correspondent. He is the author of several novels including On the Broken Shore, Black Venus, Sleep in Peace Tonight and Midnight in Berlin. James MacManus has three children and lives in Dulwich, London.

Thanks to James MacManus and Duckworth Books for a place on the tour and a copy of the book. 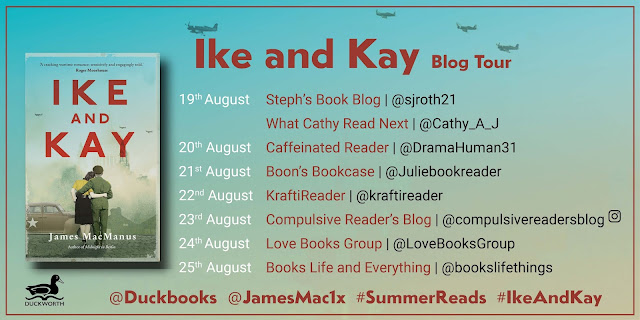