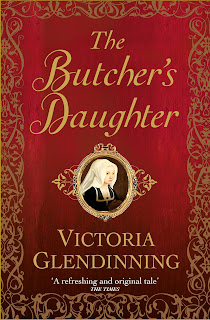 Welcome to my slot on a Duckworth Books historical Blog Tour featuring Victoria Glendinning's The Butcher's Daughter.  It is time to travel back to sixteenth century England.

A richly atmospheric story of a young woman's struggle to deﬁne herself in a world of uncertainty, intrigue and danger in a time of great upheaval: the Tudor era.

It is 1535 and Agnes Peppin, daughter of a West-country butcher, has been banished, leaving her family home in disgrace to live out the rest of her life cloistered behind the walls of Shaftesbury Abbey.

While Agnes grapples with the complex rules and hierarchies of the sisterhood, King Henry VIII has proclaimed himself Head of the Church of England. Religious houses are being formally subjugated, monasteries dissolved, and the great Abbey is no exception to the purge.

Cast out with her sisters, Agnes is at last free to be the master of her own fate. But freedom comes at a price as she descends into a world she knows little about, using her wits and testing her moral convictions against her need to survive - by any means necessary...

This was a refreshing change for me and a chance to immerse myself in Tudor England at the time of Henry VIII. There are several threads to unravel in this novel. First and foremost is the period detail and the back stabbing and political manoeuvering as Henry declared himself Head of the Church of England and looked to take over the Monasteries and their wealth. There were plenty of references to real people of the time and the cruelty meted out to make people comply.

At the heart of the story is Agnes Peppin, a fictional character who is banished to the Abbey as a young girl. She is a great creation as her independent streak emerges and there is much to think about in her story concerning the place of women in society as well as the class structure which kept some in their place. Victoria Glendinning peoples the story with a colourful cast of characters who Agnes meets along the way and she has her own back story to unravel. Full of dark moments and lighter ones, you feel the whole tapestry of Tudor England spread out before you to enjoy.

In short: A Tudor tale of survival in a man's world.
About the Author 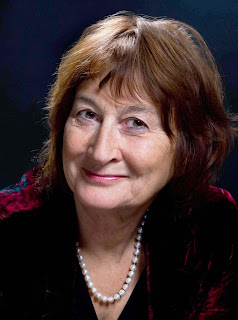 Victoria Glendinning is a British biographer, critic, broadcaster and novelist. Born in Sheffield and educated at Oxford where she studied modern languages, she later worked for The TLS. She is an Honorary Vice-President of English PEN, winner of the James Tait Black Memorial Prize, was appointed a CBE in 1998, is the twice winner of the Whitbread Biography award and Vice-President of the Royal Society of Literature. A regular contributor of articles and reviews to various UK newspapers and magazines, she is also the author of three widely acclaimed novels: The Grown-Ups, Electricity, and Flight.

Thanks to Victoria Glendinning and Chaam Zeina of Duckworth Publishers for a copy of the book and a place on the tour. 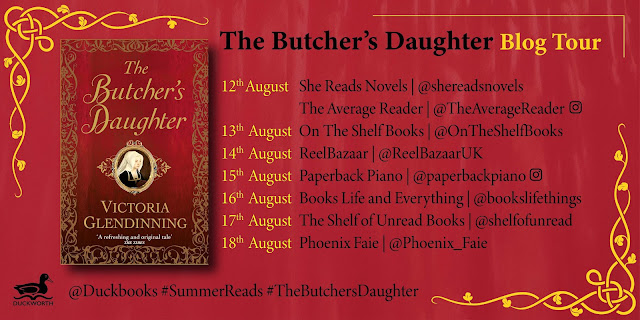