Summer Season on the Seafront by Katie Ginger #Review 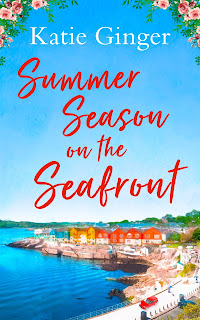 
The Greenley Players are back practising their Shakespeare and, as usual, things aren't going to plan.

Sarah Powell is fed up with her sad single status and when her estranged father walks back into her life things get even worse. Can dishy doctor Finn MacDonald mend her broken heart and help her figure things out?


TV star, Nate Hardy's career is going from strength to strength until his performance is interrupted and he has to flee the West End to hide away in Greenley. Will he ever get his career back on track or will Sarah and the rest of Greenley's madcap residents capture his heart forever?

As in its predecessor, it is the community which lights up this story. The Greenley Players are such a varied group of larger than life characters and it is lovely to catch up with them again. Summer is in full swing and the town seems to shine in the sun. Lottie and Sid are still together but it is their friend, Sarah, who takes centre stage. You see her gaining in confidence as the story unfolds and she has an interesting relationship with her father which has to be worked through.

Perfect for a summer read, you feel yourself relax into the story. There are some moments of humour to go with the romance which is brewing throughout. Family and friendships are central and this gives the book a feelgood flavour. I found both Sarah and Nate to be likeable characters who carrried the story well. I'm hoping we get to see what the Christmas production is going to be. There is plenty of scope there for the Players, I am sure.

In short: As warm as a sunny summer's day, this is a heartwarming read. 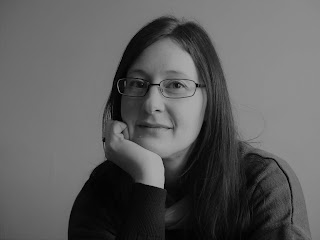 KATIE GINGER lives in the South East of England, by the sea, and apart from holidays to very hot places where you can sit by a pool and drink cocktails as big your head, she wouldn't really want to be anywhere else. Summer Season on the Seafront is Katie's second novel. Her debut novel The Little Theatre on the Seafront was shortlisted for the Katie Fforde Debut Novel of the Year award. She is also the author of some cosy mystery short stories. Katie loves making her characters either fall in love, or killing them off - it depends on her mood!

When she's not writing, Katie spends her time drinking gin, or with her husband, trying to keep alive her two children: Ellie, who believes everything in life should be done as a musical number from a West End show; and Sam, who is basically a monkey with a boy's face. And there's also their adorable King Charles Spaniel, Wotsit (yes, he is named after the crisps!).


Thanks to Katie Ginger and Rachel of Rachel's Random Resources for a copy of the book and a place on the Blog Tour. 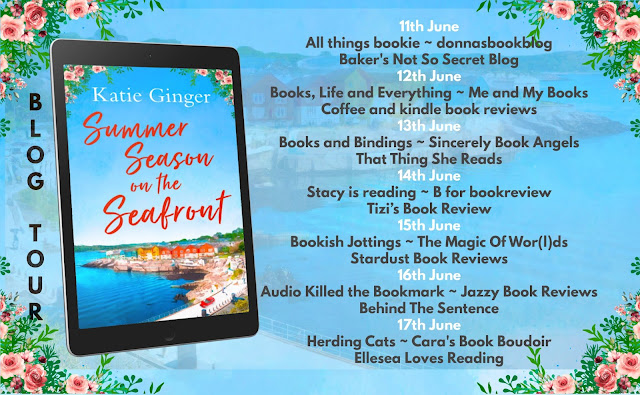