The Body in Belair Park by Alice Castle #Review 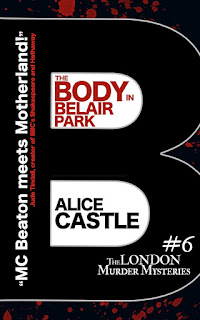 Beth Haldane is on the verge of having everything she’s ever wanted. Her son is starting secondary school, her personal life seems to have settled down – even her pets are getting on. But then the phone rings.

It’s Beth’s high maintenance mother, Wendy, with terrible news. Her bridge partner, Alfie Pole, has died suddenly. While Beth, and most of Dulwich, is convinced that Alfie has pegged out from exhaustion, thanks to playing with Wendy for years, Beth’s mother is certain that there is foul play afoot.

Before she knows it, Beth is plunged into her most complicated mystery yet, involving the Dulwich Bridge Club, allotment holders, the Dulwich Open Garden set and, of course, her long-suffering boyfriend, Metropolitan Police Detective Inspector Harry York.

The case stirs up old wounds which are much closer to home than Beth would like. Can she come up trumps in time to stop the culprit striking again – or does the murderer hold the winning hand this time?

Alice Castle is now firmly on her home ground with her London Murder Mysteries series and the sixth in the series does not disappoint. All her wry, intelligent observations on life in Dulwich and South London are still there. With Beth's son at Wyatt's School, she is able to let you in on what the tiger mothers of Dulwich get up to next. Always on the periphery, Beth observes life around her with a keen eye.

I particularly enjoyed the relationship between Beth and her mother. It is certainly a complicated one and her mother's caustic comments cut through any sentimentality. The local Bridge Club gives rich pickings for Beth to show us the tensions between players and Beth's reactions to the game made me smile. Her relationship with DI Harry York moves on a step and I savour its slow burn. Bring on no 7!

In short: Wit and humour are laced through this cosy crime.
About the Author 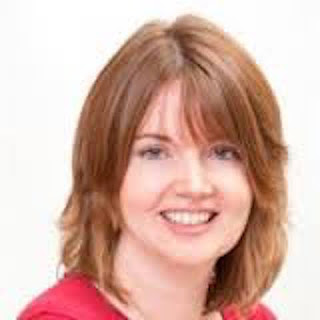 Before turning to crime, Alice Castle was a UK newspaper journalist for The Daily Express, The Times and The Daily Telegraph. Her first book, Hot Chocolate, set in Brussels and London, was a European hit and sold out in two weeks.

Death in Dulwich was published in September 2017 and has been a number one best-seller in the UK, US, France, Spain and Germany. A sequel, The Girl in the Gallery was published in December 2017 to critical acclaim and also hit the number one spot. Calamity in Camberwell, the third book in the London Murder Mystery series, was published in August 2018, with Homicide in Herne Hill following in October 2018. Revenge on the Rye came out in December 2018. The Body in Belair Park will be published on 25th June 2019. Alice is currently working on the seventh London Murder Mystery adventure, The Slayings in Sydenham. Once again, it will feature Beth Haldane and DI Harry York. 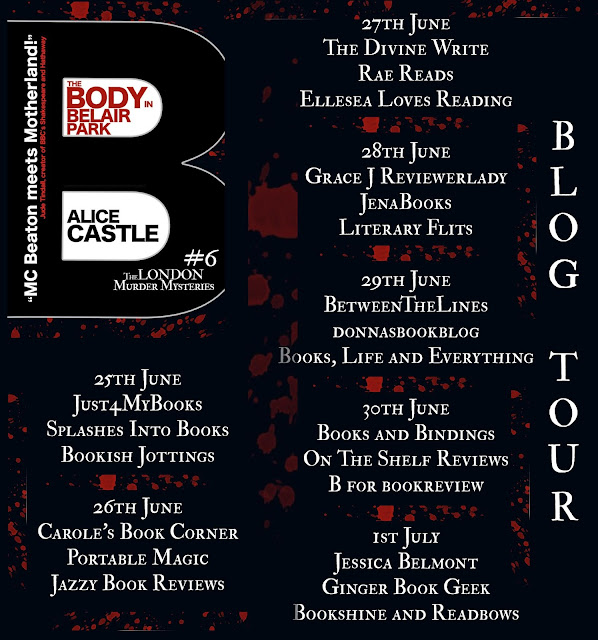