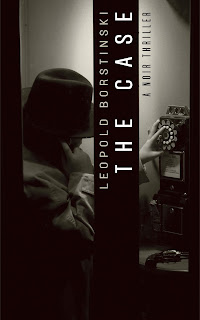 Today I am delighted to bring you an extract from the thriller, The Case by Leopold Borstinski.  This was published on 23rd June 2019 by Sobriety Press in paperback and e-formats. Here's a little about the book, first.

One Private Eye. One Case. One sackful of trouble.

When Jake agrees to take a package across America, he doesn’t know if he’ll live to tell the tale. If the CIA, the Feds and the British Secret Service don't get him then the mob will. How's a cowardly private dick going to survive in these bloody times?

The Case is a stand-alone pulp noir novel. A wry take on the jaw-dropping violent side of private investigator life by Leopold Borstinski, writer of the six-book Lagotti Family series.


Anyway, there I was walking down the steps of that plane with the Lambretti girl, Simone, waiting at the bottom. She knew what I carried in my hand and by that point, I had guessed it was about the most valuable attaché case in America, if not the world. There was blood on that case. Literally.

As I looked down to make sure I kept safe footing on the steps, I noticed some splatter on the top and side. Not sufficient to cause anyone concern, but enough for me to see it and wonder whose blood was lining the leather exterior.

As I surveyed the scene before me, I thought the whole situation was completely crazy. Here I was, a retired investigator, holding some case that too many people had died for already and I knew - deep in my gut - this was going to be the longest walk of my life. Too much depended on my getting this into Simone’s hands. Too many people, too many agencies, had been chasing this thing around the country for it to be as simple as a stroll down a plane exit.

When Don Michael first spoke to me about this after I came back from Nevada, we went through the usual shenanigans, hopping between different cars parked in a number of different underground garages so the Feds couldn’t follow us. I was frisked every time we swapped cars and so on. This was the time when the FBI had started to make real inroads in attacking the head of the Cosa Nostra and the Don was taking no chances. He didn’t want to spend the rest of his life behind bars just for the sake of meeting me and giving me a job.
Why did he meet me in person? Good question. Basically, he didn’t want anyone else to hear what he had to say to me. Call him paranoid, but he reckoned that if no-one heard him give an order then the order didn’t happen - or at least it couldn’t be proved in a court of law, officer.

Back in the Don’s library after all these years, reminded me of little Simone running in to bare her belly. The furniture was almost exactly the same as before. Same oak desk, same bookcases, but a different chair. This one looked considerably more modern and I could tell it had better lumbar support. We were all getting older, for sure.

The great Don’s hair was silver gray and the number of wrinkles around his eyes had skyrocketed. But the piercing darts in those eyes remained exactly the same. Only a fool would have treated the Don with anything but the utmost of respect and an overwhelming assumption of an incredible intellect. For that was Don Lambretti whether in his twenties, fifties or his eighties. The man could think and the man knew, all right.

His genuine disdain for me had not diminished with age either and he proceeded to lambast me with my ignorance and inadequacies, until he tired of this sport and focused on the real matter at hand.

“My dear boy, I’d like you to collect a special package from an acquaintance of mine in Atlantic City.”

“Sh ... Sure. But why me, Don? After all, there are younger and my agile men than me you could get to courier your parcel.”

The Don raised one eyebrow at me for a second and then smiled; probably the only time he smiled at me in his life.

“Why yes, there are many who are younger, faster and smarter than you, for sure.” He allowed those words to hang in the air over me and then descend like a cloud of thick cigar smoke.

“Besides,” he continued, “your ignorance is your strength. Because you know next to nothing of my business, you cannot tell anyone anything of any value to me.” And then a genuine smile spread across his face which, due to the inelasticity of his skin, stretched into a fairly unpleasant grimace.

“Even if someone were to torture you, you couldn’t give up any information, because you know nothing. You. Know. Nothing.” The final three words were said slowly, emphatically and those cold darts had returned to his irises.

If this has tempted you to find out more, here are the book links: Amazon UK  |  Amazon US 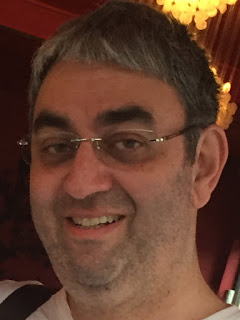 Leopold Borstinski is an independent author whose past careers have included financial journalism, business management of financial software companies, consulting and product sales and marketing, as well as teaching.

There is nothing he likes better so he does as much nothing as he possibly can. He has travelled extensively in Europe and the US and has visited Asia on several occasions. Leopold holds a Philosophy degree and tries not to drop it too often.

He lives near London and is married with one wife, one child and no pets.

Thanks to Leopold Borstinski, Sobriety Press and Emma Welton of damppebbles blog tours for a place on the tour. 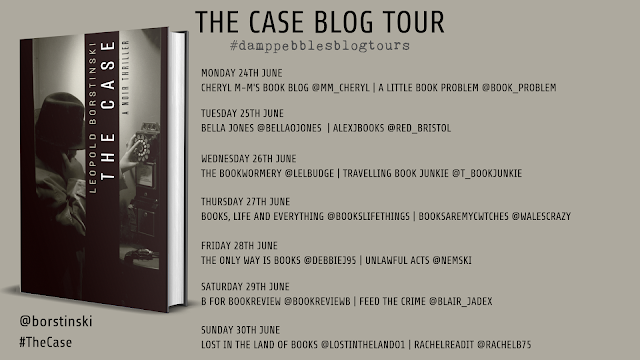