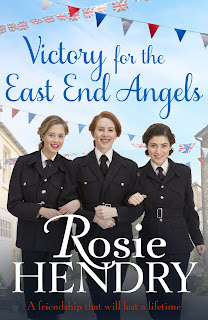 I am pleased to welcome you to my stop on the blog tour to celebrate Rosie Hendry's Victory for the East End Angels, on its Publication Day. This is the final novel in the series, but it can be read as a standalone.

The war is almost over - and it's up to the East End Angels to keep the home fires burning!

Frankie's fiance, a doctor, is away looking after the troops in Europe - will he return safely home?

Winnie has a happy secret - but can she carry on at Station 75 when she's going to have a baby?

Bella is intrigued by her new friend, a Polish airman.

As the war ends and victory is in sight, what next for the girls of Station 75?

Set in the last year of the Second World War, you get to sample life as it must have been in London. The V2 rockets and Doodlebugs have brought the threat of destruction right into the heart of the city and you have to marvel at the courage of the Ambulance Service who go out, no matter what, to help its victims. There is masses of period detail within the story and you appreciate how the War has affected every aspect of daily life, right down to the rationing of food. Some are driven to desperate measures.

The deep friendships which have formed between all the workers at Ambulance Station Service 75 is apparent and the ties between the three main characters, Bella, Winnie and Frankie holds the story together. Each of their story threads are woven together and are what makes the story such a satisfying read. I particularly liked the way you are shown how the War work has changed the lives of the women and how difficult it is for them to contemplate the end of the War. It has brought them a purpose and independence they may not have had previously. Husbands and friends come and go throughout the book, as they would have done in real life but it is the ties between the Ambulance Service personnel which keeps them centred. This is a well- paced novel with distinct, rounded characters and a ton of period detail.

In short: The Home Front soldiers on to the end.

Rosie Hendry lives by the sea in Norfolk with her husband, two 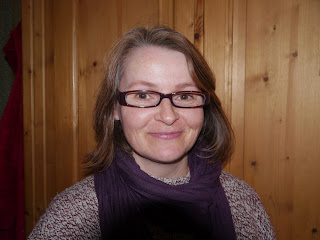 children, chickens and a snake. She's worked in a variety of jobs from fruit picking, waitressing, teaching and as a research scientist but has always loving reading and writing. Starting off writing short stories for women's magazines, her stories have gradually become longer as her children have grown bigger.

Listening to her father's tales of life during the Second World War sparked Rosie's interest in this period and she's especially intrigued by how women’s lives changed during the war years. She loves researching further, searching out gems of real-life events which inspire her writing.

When she's not working, Rosie enjoys walking along the beach, reading and is grateful for the fact that her husband is a much better cook than her.

Thanks to Rosie Hendry and Rachel of Rachel's Random Resources  for a copy of the book and a place on the tour. 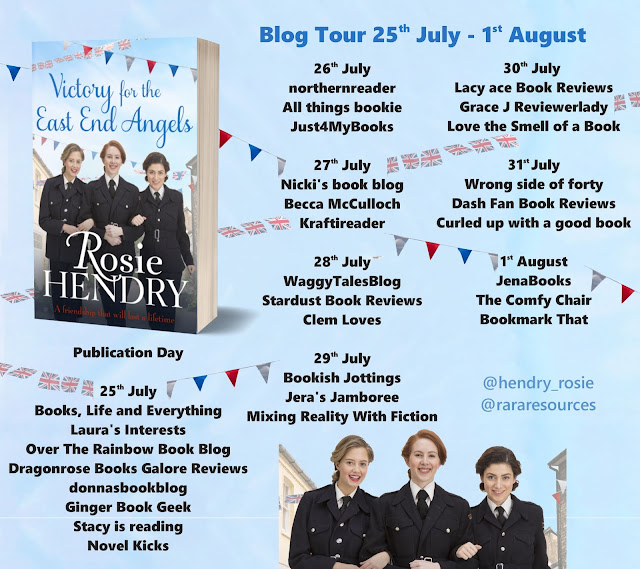