I Can't Tell You Why by Elaine Robertson North #Review 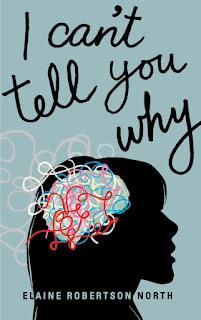 I am delighted to be taking part in the celebrations for Elaine Robertson North's debut novel, I Can't Tell You Why.
Having an affair is inconceivable to Dani and yet she’s having one with Alex. He’s married, he’s an actor and she’s his agent.

Then Dani meets Sean, a paparazzi photographer with a formidable reputation. It’s a profession that makes him unpredictable at best. A dangerous trait when his motivation to expose becomes personal.

Dani knows she’s made mistakes. She also knows she’s not the first person who wilfully hurt someone they love and is simply unable to explain why.

You are immersed in the story from the beginning and can start to take stock of the relationship between Alex and Dani. Her character emerges through her job and through her conversations with her clients and her friends. She is an interesting person. On the surface, she appears to be a confident fixer. Beneath the surface, you realise that she has some insecurities and vulnerabilities which go right back to her parents.
This is an enjoyable read which takes you along and never judges the participants. Sean is an interesting conundrum. He observes and takes photographers of people's indiscretions. Whether he can put himself in the shoes of those who are collateral damage in his exposés is debatable. I also enjoyed the complicated dynamic between Dani and her friends, Amanda and Billy. There are plenty of subtle hints which show you that it is far from simple. This is an intriguing read which keeps you guessing up to the end.


In short: Contemporary fiction which has depth and subtlety. 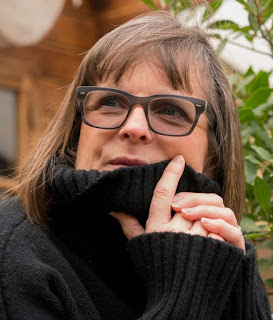 Elaine spent 25 years working in marketing and communications in the media and entertainment industries. This included seven years marketing national newspapers and a variety of senior executive roles in TV, radio and film. I Can’t Tell You Why is her first novel.

Elaine lives in North London with her husband and their two sons. When she’s not writing, she can be found looking harassed on the school run, cheering on the side lines of her sons’ football matches or singing her heart out at her local branch of Popchoir.

Thanks to Elaine Robertson North and Rachel of Rachel's Random Resources for a copy of the book and a place on the tour. 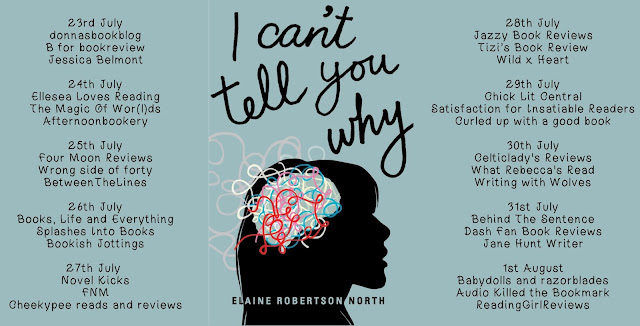