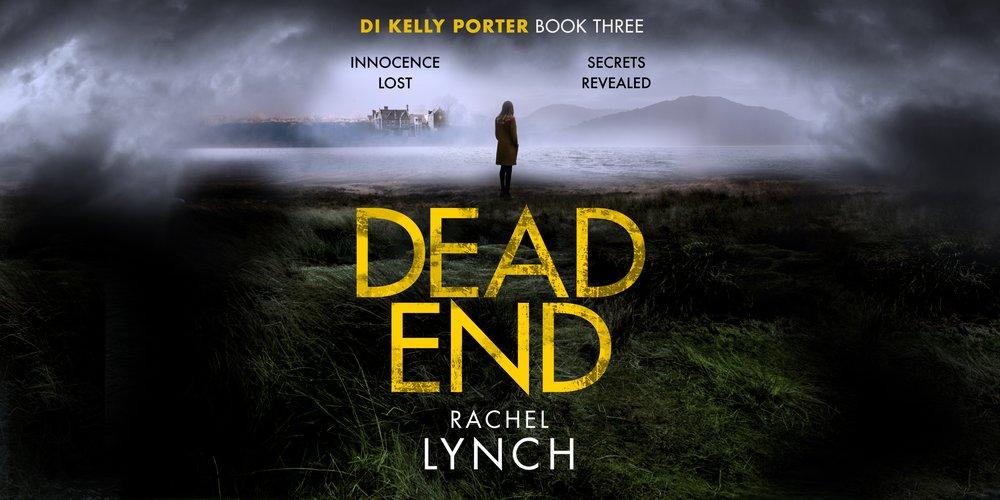 Welcome to my stop on the Blog Tour to celebrate Rachel Lynch's crime thriller, Dead End. Third in the DI Kelly Porter series, it was published by Canelo on 8th October 2018. I am delighted to introduce Rachel Lynch who is telling us more about the setting for her novel, in the beautiful Lake District. First, a little about the book:

When the seventh Earl of Lowesdale is found hanging from the rafters at Wasdale Hall, everyone assumes the aging, hard-partying aristocrat had finally had enough of chasing the glory of his youth. But when the coroner finds signs of foul play, DI Kelly Porter is swept into a luxurious world where secrets and lies dominate.

At the same time, two young hikers go missing and it’s up to Kelly to lead the search. But digging deeper reveals ties to two other unsolved disappearances and Kelly and her team find themselves in a race against time.

Now, as all roads of both investigations and Kelly’s own family secrets lead to Wasdale Hall it becomes more important than ever for Kelly to discover the devious truths hidden behind the walls of the Lake District’s most exclusive estate...

Place Fell is a Wainwright that overlooks Ullswater, the second largest lake in the district. The peak itself is only 657 metres elevation, but it’s a steep climb from any direction. My favourite is from the carpark behind the White lion pub in Patterdale. In no time at all, you’re looking across to Brother’s Water and the Kirkstone Pass and you feel way higher than you should be. On a clear warm day, the pure cool water running down in streams make a welcome break for a drink and to replenish water bottles.

Once over the lip, a short trudge north to the cairn summit, offers the best views. It was one day when I was sat up there, looking down on the lake towards Pooley Bridge, at the very eastern tip of the lake, that I thought, what a desolate place it was, and how it would make the basis of an excellent story. I had to get it in in some shape or form. It first appears in Deep Fear, but it also has a starring role in Dead End.

There are some places like that in The Lake District that are just like that: abandoned, quiet and true mini wildernesses of their own. Another such place is Caudale Moor, and I’m working on getting that into a storyline. It’s very similar to Place Fell, in that it’s marshy and wet, and few tourists go up there. Every time I go back home, I find inspiration in the landscape.

From the top of Place Fell, you can easily make out where the story plays out, and the major locations in the book. The fictional Wasdale Hall is situated close to Watermillock (a real place), where Linda lives, in her stone cottage bought for her by the Earl. You can also almost see Howtown on the other side, where Sophie and Hannah camp. There is a shore walk around Ullswater, and from Place Fell, even though ascended from the other side (Patterdale), you can still descend down to the Martindale side. The Boredale Hause Road also features in the book and it’s quite a hairy drive, certainly not for a wedding party, which we saw this summer! Honestly, picture a full size coach squeezing down a single lane, holding the bride up for an hour, trying to get to the tiny ancient St Martins Church.

After that adventure, we made our way back to Howtown and all the way down, I was thinking about Sophie and Hannah, and where they could have wandered off the path. The views of the lake are spectacular and on a calm day, it is full of white sails and kayaks and the odd steamer. Like dark Game, there are a few diving scenes in Dead End, and Ullswater is a very safe place to dive, but anywhere can be ominous when you’re looking for a body.

Compared to Windermere and Derwent Water, Ullswater is a relatively quiet lake and that’s why I chose it. Kelly lives at the eastern tip, on the river Eamont, in Pooley bridge, near Johnny, and the wonderful beaches nearby are perfect for a swim after work.
Ullswater is probably my favourite easily accessible lake in the whole National park, and that’s why it has a starring role in Deep Fear too; namely Watermillock, Aira Force and of course, the lake itself. I say easily accessible because some lakes are so difficult to get to that it keeps them virtually deserted all year round. My absolute favourite, which made a guest appearance in Deep Fear but deserves a whole story around it, is Wast Water, the deepest, remotest lake, with lethal screes falling a sheer thousand feet to its foot. But that’s another story. 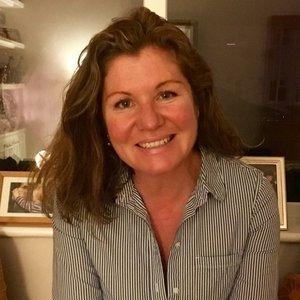 Rachel Lynch grew up in Cumbria and the lakes and fells are never far away from her. London pulled her away to teach History and marry an Army Officer, whom she followed around the globe for thirteen years. A change of career after children led to personal training and sports therapy, but writing was always the overwhelming force driving the future. The human capacity for compassion as well as its descent into the brutal and murky world of crime are fundamental to her work.

You can read my author interview with Rachel Lynch here.

Thanks to Rachel Lynch and Ellie Pilcher of Canelo Books for a place on the tour. 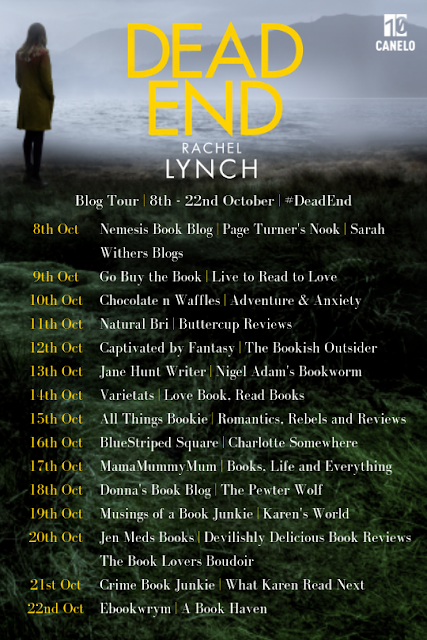