Today I am featuring two short stories by L.S. Fellows: Magic O'Clock and Magical Memories.  They deal with issues around family relationships and the loss caused by dementia. 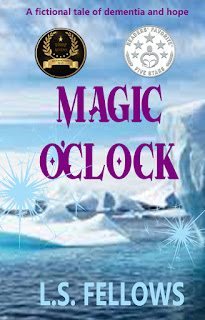 
He’s also my dad. My storyteller. My hero.


Except he doesn’t remember my face any more.

His world, these days, doesn’t include me or his family.

Life may have changed for him, but he hasn’t given up on life.

Dad still tells his stories, albeit for a new audience.

He makes people smile and chuckle. As he always did.

He’s a fighter, a survivor and maybe sometimes too clever for his own good! He’ll surprise you. I can assure you of that.

Welcome to Magic O’Clock, where time is irrelevant and hope is unlimited.

This short story captures the poignant feelings of a daughter who a father no longer recognises but who glimpses hints of the man he used to be, when he delivers his talks to the other guests in the Care Home. The story, told from the daughter's perspective, is full of the love and care that she feels for her father. It is a very brief story but still manages to convey a lot about the damage done by dementia to a wider family. 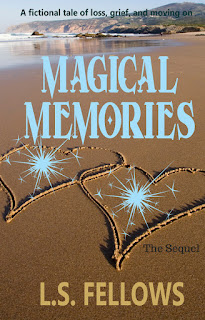 
Two don’t make it in time.
I do.
And now, it’s all my fault they’re too late.
Despite him having dementia.
Despite them not visiting in over a month.

But I won’t let anger win.
After all, we’re all grieving, aren’t we?
Surely, as a family, we can let bygones be bygones.

It’s what Dad would want. Expect.
It’s what he deserves.
We have so much to be grateful for.
So many fond and magical memories to share.

Magical Memories is a fictional tale of loss, grief and moving on.

The relationship between three siblings comes under the microscope in this short story which deals with their emotional reactions to the death of their father. One of the daughters is driven by her need to be with her father and her feelings of jealousy towards her sisters who she would rather were not included. She is desperate for a sign that her father can recognise her despite the fog of dementia. Aware that she has been his principal visitor, she wants to hang on to some control.  There are some difficult passages around coming to terms with death. This story makes you think about grief and making the most of happier times. It is full of emotion.

Despite being born in England, my heart now lies in Spain. Many moons ago, I was a student in Granada, Spain. I loved it so much and swore I would return one day on a more permanent basis. In 2003, I did just that.

Now, as a fur-mum to two adorable but mischievous mutts, in my free time I can usually be spotted with my nose in a book, armed with just the teeniest chunk of chocolate and a zillion pomegranates!

Thanks to L S Fellows and Rachel of Rachel's Random Resources for a copy of the stories and a place on the tour. 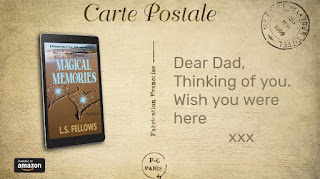 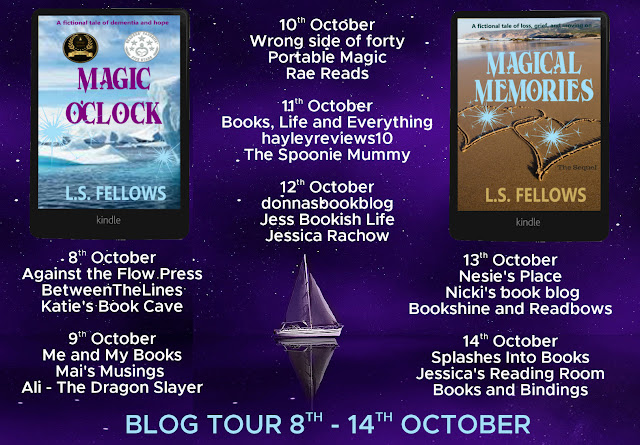