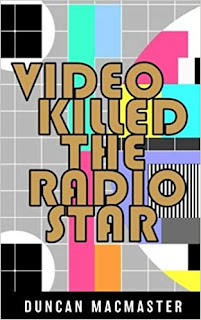 I am delighted to be taking part in the Blog Tour to celebrate Video Killed the Radio Star by Duncan Macmaster. It is part of his Kirby Baxter series of books but can be read as a standalone.

Money in the bank and his dream girl on his arm - life was looking pretty sweet for Kirby Baxter.

Of course it couldn’t last. Where would the fun be in that? This is a sequel after all.

After solving the murder of a movie starlet the previous year, Kirby is doing his best to live down his burgeoning reputation as part-time Interpol agent and amateur sleuth.

Million Dollar Madhouse is a reality TV show where a bunch of washed up celebrities are thrown together in a dilapidated mansion while their attempts to renovate the building are broadcast 24/7 for the viewers delight.

When one of the cast members turns up dead the local police turn to the only celebrity detective in town for help and draft an unwilling Kirby into their investigation.

The first body is only the beginning of another rip-roaring adventure for Kirby Baxter and with Gustav his loyal driver/valet/bodyguard/gardener//chef/ass-kicker at his side, our hero plunges into the fray with his usual stunning displays of deductive reasoning and sheer bloody luck.

This novel has all the hallmarks of a classic crime story for me. It has a varied and colourful cast of characters and plenty of suspects to interrogate. This group of people have all been assembled together in a rather run down mansion. There is certainly a complicated plot for Kirby Baxter to unravel.  I found the character of Kirby Baxter to be an intriguing and different take on the investigator role and he adds individuality to the story for me. With a razor sharp intellect, you watch him apply his powers of deduction and there are plenty of light bulb moments. He is easy to like with a great sense of humour.

Uncovering the clues and following Kirby's thinking is one of the most interesting parts of reading this book. It is certainly an eventful journey and is a well-paced plot. You are engaged from the early chapters and feel invested in finding out the truth as you try to untangle it from the web of blackmail, deaths, hidden identities and secrets. There are some really humorous moments in the mix and in all, it is a fun read.

In short: Murder and mayhem. 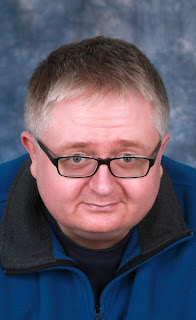 Duncan MacMaster is a writer, pop-culture blogger, and film school survivor from the untamed wilds of Eastern Canada.

When he's not concocting plots for Kirby Baxter to unravel he's posting rants and rages about the business behind pop-culture on his blog.

Thanks to Duncan Macmaster, Fahrenheit Press and Emma Welton of Damppebbles Blog Tours  for a copy of the book and a place on the tour. 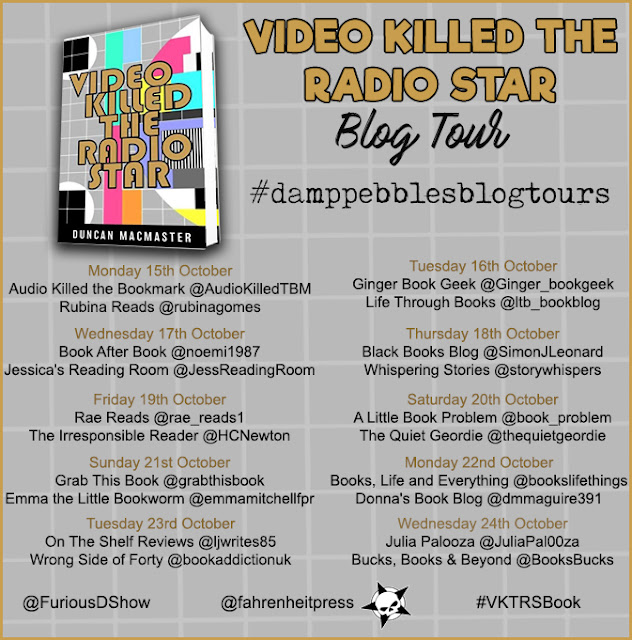