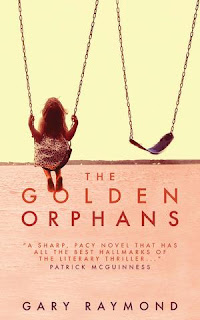 Welcome to today's stop on the Blog Tour for The Golden Orphans by Gary Raymond.

The Golden Orphans offers a new twist on the literary thriller.

Within the dark heart of an abandoned city, on an island once torn by betrayal and war, lies a terrible secret…

Francis Benthem is a successful artist; he's created a new life on an island in the sun. He works all night, painting the dreams of his mysterious Russian benefactor, Illy Prostakov. He writes letters to old friends and students back in cold, far away London. But now Francis Benthem is found dead. The funeral is planned and his old friend from art school arrives to finish what Benthem had started. The painting of dreams on a faraway island. But you can also paint nightmares and Illy has secrets of his own that are not ready for the light. Of promises made and broken, betrayal and murder...

The Golden Orphans is one of those books which draws you into its web and slowly paints a picture with some tantalizing details and a few red herrings. Set in Cyprus, we are presented with an island which has been partitioned after warfare and where the locals feel marginalised and as if they are outsiders in their own homeland. This is an atmospheric story where you feel that no one is quite who they seem. It was only after finishing the book and trying to refresh my memory as to the narrator's name that I realised that he is never named. It didn't seem important at the time.

It is only halfway through the story that you realise the significance of the title. This sums up much of the story for me. The island is full of secrets and half-truths. You are never quite sure how free the narrator is to move about. Every step he takes seems to be observed covertly. Beautifully crafted with a fluent style, I thoroughly enjoyed the novel which provided surprise after surprise as the story developed.

In short: An atmospheric and mysterious read. 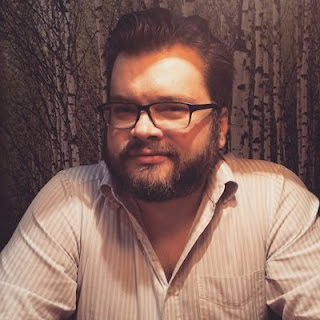 Gary Raymond is a novelist, critic, editor and broadcaster. He is The Review Show, and is one of the founding editors of Wales Arts Review. He is the author of two novels, The Amazon Author PageGolden Orphans (Parthian, 2018) and For Those Who Come After (Parthian, 2015). He is a widely published critic and cultural commentator.
the presenter of BBC Radio Wales',

Thanks to Gary Raymond, Parthian Books and Emma Welton of Damppebbles Blog Tours for a copy of the book and a place on the tour. 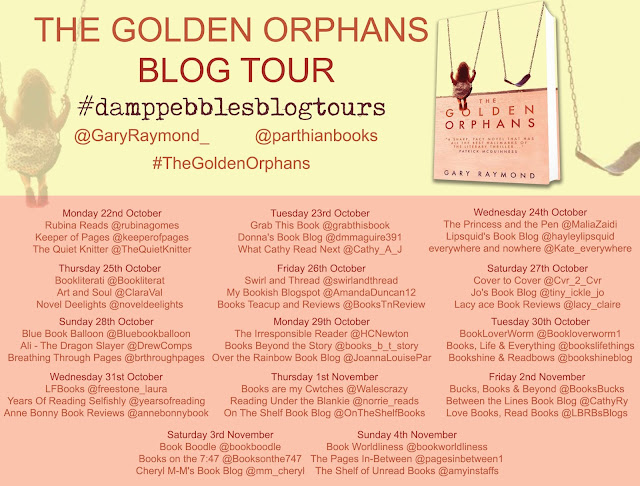