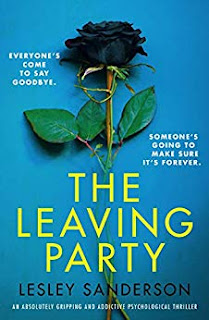 The Leaving Party is published today by Bookoutre. Lesley Sanderson's psychological thriller is her third novel.
Every year on the same day, on the anniversary, I receive a single black rose. Thirteen years of dark petals, jagged thorns, dredging up memories I’ve tried to forget…


I’ve packed up my life. All my belongings are carefully sealed in labelled boxes, my suitcases ready for my big move. I’m just days away from a new life abroad with my boyfriend, Ben.


No one knows the real reason I’m desperate to leave.


My best friend, Lena, is throwing me a leaving party. A celebration, to say goodbye. Champagne to toast my farewell. Speeches, full of fond memories.


No one knows what I’m running from.


Then another black rose appears, dragging up thirteen years of buried memories. My passport goes missing. The very people I am trying to escape from turn up to our house.


Someone knows what I did.


This party was meant to be the first night of the rest of my life – but now I don’t know if I’ll see tomorrow.


Someone knows my secret. They’re in my home, at my party, and they’re making me pay for it.


Psychological thrillers don’t get more addictive or gasp-worthy than this! Fans of K.L. Slater, The Girl on the Train and The Wife Between Us will love this unputdownable page-turner.

This thriller focuses on two women, Ava and Lena, who seem to have a strong link stemming from their childhood. The story is told from both their perspectives and also alternates between the present day and events in 2005. This means that you glimpse more and more about the girls' connection. This is one of those stories which has plenty of twists and turns and where you are never quite sure which of the characters is going to turn out to be unreliable. You really can't trust any part of it.

The format of The Leaving Party which sees a gathering to celebrate Ava's imminent departure for New York lends itself to the slightly claustrophobic atmosphere, as does the limited cast of characters who emerge. You aren't sure who can be trusted, of course, and there are some great little cameo characters who are vividly written. Ava is at pains to escape from her past and it is ironic that the party seems to be filled with all that she is trying to escape from. Underneath this is the question as to where is her, fiance, Ben?


In short: A diverting read which keeps you guessing. 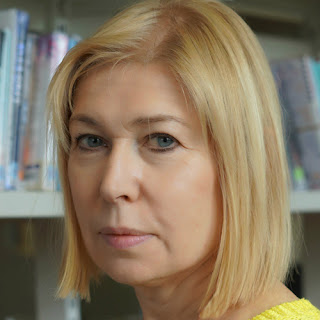 Lesley spends her days writing in coffee shops in Kings Cross where she lives and also works as a librarian in a multicultural school. She has lived and worked in Paris and speaks four languages. She attended the Curtis Brown Creative novel writing course in 2015/6, and in 2017 was shortlisted for the Lucy Cavendish fiction prize. Lesley discovered Patricia Highsmith as a teenager and has since been hooked on psychological thrillers. She is particularly interested in the psychology of female relationships.

Amazon   |    Kobo  |  Apple Books  |    Google Play
Thanks to Lesley Sanderson and Bookoutre for a copy of the book and a place on the tour.
Check out the rest of the tour! 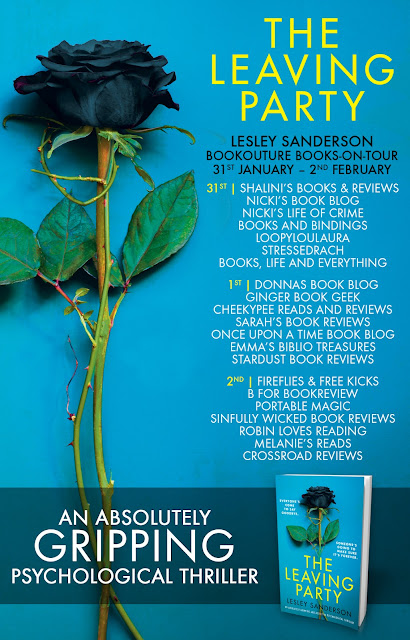