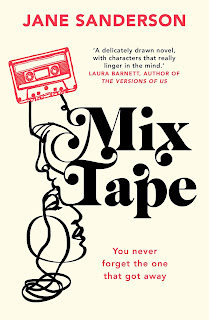 I have loved being part of Jane Sanderson's celebrations for her novel, Mix Tape.

We all remember the soundtrack to our first love.

Daniel was the first boy to make Alison a mix tape. But that was years ago and Ali hasn’t thought about him in a very long time. Even if she had, she might not have called him ‘the one that got away’; she’d been the one to run away, after all.

Then Dan’s name pops up on her phone, with a link to a song from their shared past. For two blissful minutes, Alison is no longer an adult in Adelaide with temperamental daughters; she is sixteen in Sheffield, dancing in her too-tight jeans. She cannot help but respond in kind. And so begins a new mix tape.

Ali and Dan exchange songs across oceans and time zones, across a lifetime of different experiences, until one of them breaks the rules and sends a message that will change everything…

Full of heartache and promises, joy and disappointment, Mix Tape asks the biggest question of them all: what if ‘what could have been’ is still to come?

Packed with music - some old, some new -  and featuring playlists of songs you’ll want to discover for yourself.

Set across time periods, this is a wonderfully nostalgic read for those who can remember the late 1970's. If you can't, you will still enjoy the glimpses into the past which we are given. The soundtrack to the story, which you can find at Spotify bit.ly/MixTapePlaylist, adds to the magic.

This is a fairly complex storyline which gives you the perspectives of both Ali and Dan or Alison and Daniel as they were known in their youth. You get to see how events can alter one's life path and can't help but wonder what would have happened if only  certain things had not happened. Alison is a very private person who leads a dual life when she is a teenager. There could not be a greater contrast with Dan's family who are much more 'normal' and caring. An emotional read, you are totally invested in their story and willing certain outcomes. I also loved the secondary characters, not all of whom were particularly sympathetic, but nevertheless, strongly drawn. This is a well written novel which engages the reader from the start and which is both affecting and credible.

In short: Second chances seem out of reach. 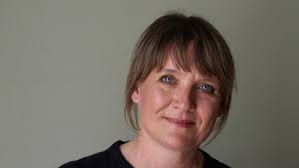 Jane Sanderson is a writer and journalist. She has worked as a producer for BBC Radio 4, first on the World at One, and then on Woman’s Hour. She lives with her husband and children in rural Herefordshire.

Jane has poured much her own story into this book; from the boyfriend who gifted her a mix tape introducing her to the likes of Van Morrison, to the carefully curated playlist (featured in the book) which includes songs that have helped to shape her life and pay homage to her own youth.

Thanks to Jane Sanderson and Anne Cater of Random Things Tours for a copy of the book and a place on the tour. 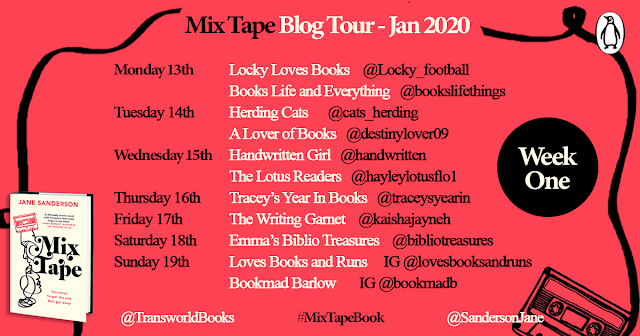