Palm Trees in the Pyrenees by Elly Grant #Review 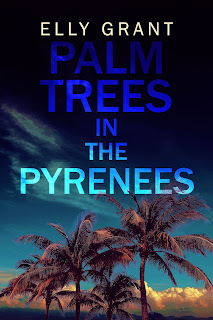 Today I am delighted to feature a cosy crime novel on the blog. Palm Trees in the Pyrenees by Elly Grant was the first in her Death in the Pyrenees series but can be read as a standalone.

A rookie cop, a dash of mysterious death, and a heap of suspicion – as the heat rises, lethal tensions boil over in the Pyrenees. Unappreciated, unnoticed, and passed over for promotion, thirty-year-old Danielle’s fledgling career in law enforcement is going nowhere – until the unexpected death of a hated Englishman turns her small town upside down.

Set in the idyllic south of France, Palm Trees in the Pyrenees is the first whodunit novel in Elly Grant's thrilling murder mystery series. Against a background of prejudice, jealousy, and greed, Danielle pieces together the sparse clues of a fractured homicide. But will she find enough evidence to solve the case – and get the recognition she deserves?

To find out, get your copy of ‘Palm Trees in the Pyrenees’ – right now.

Set in the Pyrenees, this cosy crime novel really captures the feel of small town life in this part of France. You feel Danielle's frustration as she tries to live under the microscope of the village gossips and feel for her as she tries to grow up and away from the disapproval of her mother. One of the most interesting aspects of the story is watching Danielle mature and find out how she wants to live her life.

The village is populated with a varied array of characters who all queue up to tell Danielle their views on each other. There is plenty to think about, especially about the view of foreigners who come to settle and also some veiled homophobia and fear of the unfamiliar. This sets the scene for the series quite nicely but I was taken by surprise by the final twist in the tail. I certainly had not seen that coming!

In short: Murder and mayhem with a french twist! 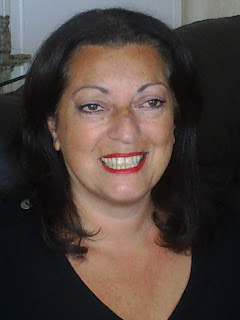 Hi, my name is Elly Grant and I like to kill people. I use a variety of methods. Some I drop from a great height, others I drown, but I've nothing against suffocation, poisoning or simply battering a person to death. As long as it grabs my reader's attention, I'm satisfied.

As I live much of the year in a small French town in the Eastern Pyrenees, I get inspiration from the way of life and the colourful characters I come across. I don't have to search very hard to find things to write about and living in the most prolific wine producing region in France makes the task so much more delightful. 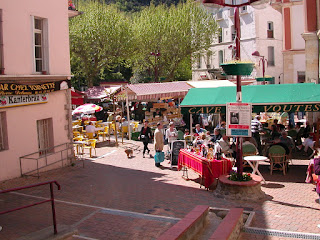 When I first arrived in this region I was lulled by the gentle pace of life, the friendliness of the people and the simple charm of the place. But dig below the surface and, like people and places the world over, the truth begins to emerge. Petty squabbles, prejudice, jealousy and greed are all there waiting to be discovered. Oh, and what joy in that discovery. So, as I sit in a café, or stroll by the riverside, or walk high into the mountains in the sunshine, I greet everyone I meet with a smile and a 'Bonjour' and, being a friendly place, they return the greeting. I people-watch as I sip my wine or when I go to buy my baguette. I discover quirkiness and quaintness around every corner. I try to imagine whether the subjects of my scrutiny are nice or nasty and, once I've decided, some of those unsuspecting people, a very select few, I kill. 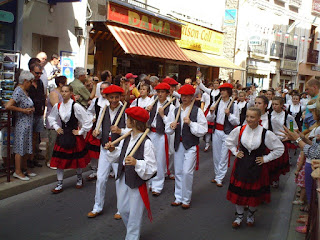 me in a café or return my smile as I walk past you in the street. Perhaps you will hold my interest for a while, and maybe, just maybe, you will be my next victim. But don't concern yourself too much, because, at least for the time being, I always manage to confine my murderous ways to paper.

Read books from the 'Death in the Pyrenees' series, enter my small French town and meet some of the people who live there ----- and die there.

Alternatively read about life on some of the hardened streets of Glasgow or for something different try my other books and short stories. 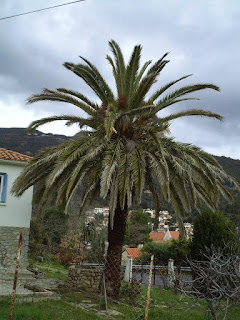 Thanks to Elly Grant , Creativia and Rachel of Rachel's Random Resources  for a copy of the book and a place on the tour. 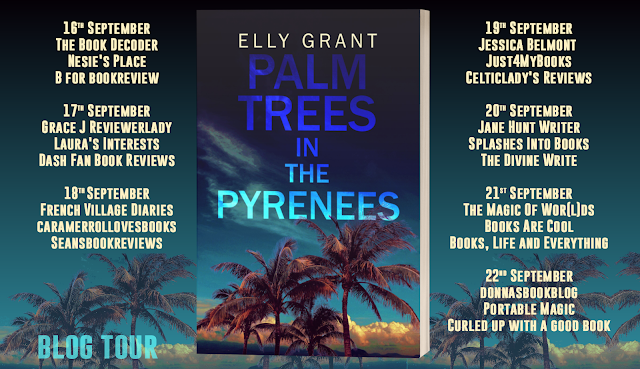