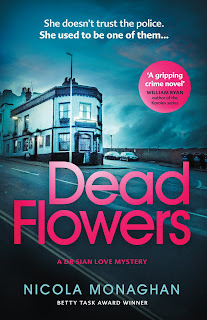 Today's crime thriller has been shortlisted for the UEA Crime Writing Award. Dead Flowers by Nicola Monaghan was published on 5th September by Verve Books.
She doesn’t trust the police. She used to be one of them.


Hardened by ten years on the murder squad, DNA analyst Sian Love has seen it all.  So when she finds human remains in the basement of her new home, she knows the drill. Except this time it’s different. This time, it’s personal...


Dead Flowers is a page turning murder investigation inspired by true stories from two decades in history. Fans of Kate Atkinson’s Case Histories and British crime dramas like Line of Duty and Unforgotten will love this gripping novel.

This crime thriller follows a dual timeline, set in the 1960's and early 1970's and 2017 and you get a feel for the two periods, partly through the music which heads up the chapters. The central figure of Sian is a multi-layered character who has an over-riding feeling that she cannot trust the police, despite the fact that she used to be a high ranking member of the force. You are drip fed details about what happened in the 1970's and introduced to several people whose lives seem to have been interwoven.

There are some red herrings along the way and the odd surprise about some of the people involved. Sian's family issues seem to be linked into the current police investigation and as she looks into what is a cold case herself, Sian has to confront some harsh facts about herself and her family. This is a well written novel with a densely plotted storyline and a well drawn central character.

In short: A crime mystery with plenty of twists. 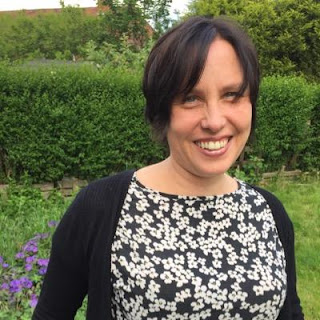 Nicola Monaghan has lived and worked in London, Paris, Chicago and New York but returned to her home town of Nottingham in 2002 to pursue a masters in Creative Writing. She graduated from Nottingham Trent University in 2004 with a distinction, and went on to write her first novel, The Killing Jar, set on the council estate where she lived as a child. This debut novel was highly critically acclaimed, and won a Betty Trask Award, the Authors' Club Best First Novel Prize and the Waverton Good Read. She has written several other novels, novellas and a collection of short stories. She also teaches Creative Writing at De Montfort University, and online at YouTube, Udemy and Skillshare.

Thanks to Nicola Monaghan and Verve Books for a copy of the books and a place on the tour. 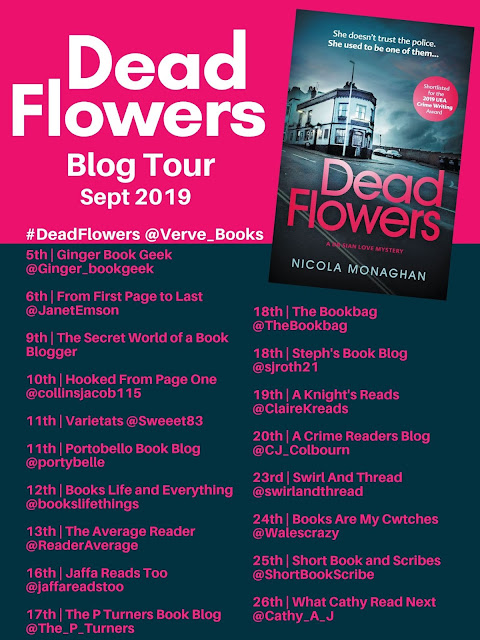