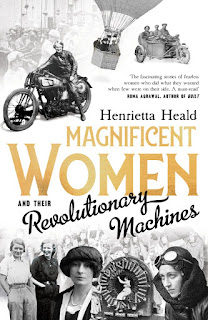 Today I am delighted to feature Henrietta Heald's Magnificent Women and their Revolutionary Machines. This is the lost story of Britain's trailblazing, boundary- breaking women engineers.  To whet your appetite, I have an extract for you and also the chance to win a print copy (UK only). Details on how to enter the giveaway are at the foot of this post.

‘Women have won their political independence. Now is the time for them to achieve their economic freedom too.’


This was the great rallying cry of the pioneers who, in 1919, created the Women’s Engineering Society. Spearheaded by Katharine and Rachel Parsons, a powerful mother and daughter duo, and Caroline Haslett, whose mission was to liberate women from domestic drudgery, it was the world’s first professional organisation dedicated to the campaign for women’s rights.


Magnificent Women and their Revolutionary Machines tells the stories of the women at the heart of this group – from their success in fanning the flames of a social revolution to their significant achievements in engineering and technology. It centres on the parallel but contrasting lives of the two main protagonists, Rachel Parsons and Caroline Haslett – one born to privilege and riches whose life ended in dramatic tragedy; the other who rose from humble roots to become the leading professional woman of her age and mistress of the thrilling new power of the twentieth century: electricity.


In this fascinating book, acclaimed biographer Henrietta Heald also illuminates the era in which the society was founded. From the moment when women in Britain were allowed to vote for the first time, and to stand for Parliament, she charts the changing attitudes to women’s rights both in society and in the workplace.
Extract


The Parsons family’s immersion in engineering and invention had its roots in an ancient settlement in the geographical centre of Ireland.  So closely was Parsons history woven into Birr and its romantic medieval castle that, by 1885, when Rachel was born, the place had been known for 365 years as Parsonstown. Its name came from the activities and influences of two Parsons brothers who had migrated from East Anglia to Ireland in late Tudor times, acquiring land and titles, which they passed on to generations of descendants. From this inheritance would eventually derive the earldom of Rosse.


Parsonstown’s prominent status in King’s County (now County Offaly) indicated a longstanding allegiance to the English Crown, but Rachel’s great-grandfather Laurence, a politician, had broken with tradition by his trenchant opposition to the proposed union between Great Britain and Ireland. Described by the Irish republican leader Wolfe Tone as ‘one of the very, very few honest men in the Irish House of Commons’, Laurence, who favoured complete independence for Ireland, had resigned from politics in protest when the Acts of Union became law in 1800. That year also saw the birth of his son William, the future engineer and astronomer who would one day bring worldwide fame to the name of Parsons.


By the time William Parsons inherited Birr and the earldom of Rosse from his father in 1841, he was already well on the way to transforming human understanding of the stars. Two years earlier, Thomas Romney Robinson, the director of the Armagh Observatory, had visited Birr to inspect an  extraordinary  telescope  that  had  been erected in the castle grounds. Called a Newtonian reflector, and based on a design by John Herschel, the instrument included a three-foot-diameter speculum, or mirror, and had been built to observe objects farther out into space and more clearly than had ever been possible before.


Robinson stayed at Birr for more than a week, trying out the new telescope with the help of another prominent astronomer, the Englishman James South. The two men were amazed by what they saw. Star clusters, nebulae, double stars – all stood out magnificently, and a host of new objects were identified on the surface of the moon. ‘It is scarcely possible to preserve the necessary sobriety of language in speaking of the moon’s appearance with this instrument,’ wrote Robinson. Indeed, the Earl of Rosse would later draw on these observations in his contribution to the development of lunar mapping. But, as far as the noble inventor was concerned, the three-footer was only the start. He had already conceived of the idea to build at Birr a telescope far surpassing any of its predecessors – an instrument with a six-foot-diameter speculum that would acquire notoriety as  the Leviathan of Parsonstown.


Construction of the Leviathan, which took almost two years and entailed many setbacks, was an astonishing feat. Casting the speculum required a huge foundry – created in the dry moat surrounding the castle – in which peat-fired furnaces were used to heat three    iron crucibles, each twenty-four inches in diameter and containing 1.5 tons of a tin and copper alloy. The molten metal was transferred by means of cranes into an enormous mould, where it was carefully cooled over a period of sixteen weeks.


Thomas Romney Robinson was present on one occasion when the crucibles were lowered into the furnaces. ‘The sublime beauty can never be forgotten by those who were present,’ he wrote. ‘Above, the sky, crowded with stars and illuminated by a most brilliant moon, seemed to look down auspiciously on the work. Below, the furnaces poured out huge columns of nearly monochromatic yellow flame, and the ignited crucibles during their passage through the air were fountains of red light.’


The next stage was the laborious and time-consuming process of grinding and polishing. ‘The speculum was successfully cast, but the surface was covered with minute fissures, about the breadth of a horse hair,’ explained William Rosse later in a paper to the Royal Society. ‘These we resolved to grind out.’ The grinding continued for nearly two months, the machinery working for part of the time at night. The speculum was then polished, and its performance equalled expectations.


The telescope’s fifty-six-foot-long wooden tube and hoist were fixed between two castellated brick walls fifty feet high and seventy feet long. Movement of the tube was controlled by chains, pulleys and counterweights. A platform for observing objects at low altitude was built at the southern end of the walls. For high altitudes, a long gallery mounted on the west wall moved across the central space to follow the tube’s lateral motion. At least three assistants were needed to help the observer by moving the winch and shifting the galley.


It had long been recognised by astronomers that the larger a telescope’s mirror, the more light could be ‘grasped’, or collected, allowing fainter and more distant objects to be studied – and what made the Leviathan so powerful was its tremendous light-grasp. At the time of its creation in the 1840s, it was by far the most sub- stantial telescope ever built, and it would remain the largest telescope in the world for almost three-quarters of a century, until it was over- taken in 1917 by the one-hundred-inch Hooker telescope on Mount Wilson in California. 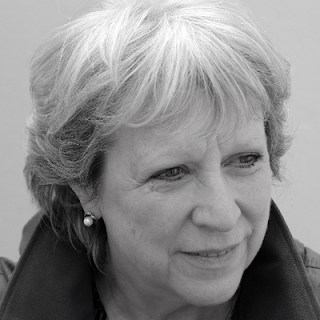 Henrietta Heald is the author of William Armstrong, Magician of the North which was shortlisted for the H. W. Fisher Best First Biography Prize and the Portico Prize for non-fiction.


She was chief editor of Chronicle of Britain and Ireland and Reader’s Digest Illustrated Guide to Britain’s Coast. Her other books include Coastal Living, La Vie est Belle, and a National Trust guide to Cragside, Northumberland.

Thanks to the author for a place on the tour. 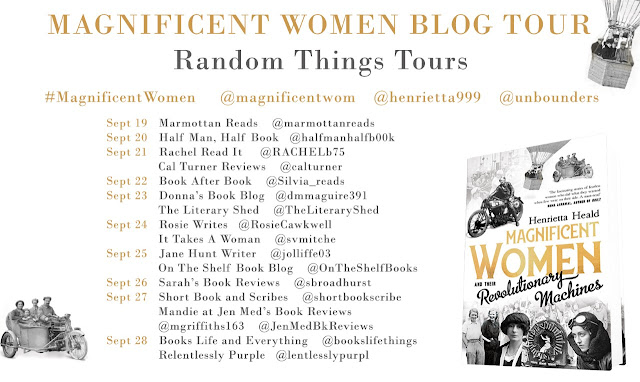 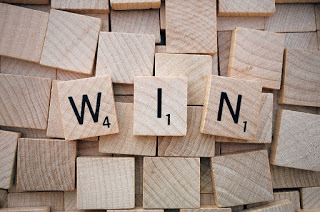 To win a print copy of Magnificent Women  and their Revolutionary Machines,  just Follow and Retweet the pinned Tweet at @bookslifethings.

Closing Date October 1st 2019 and there is one winner.

*Terms and Conditions –UK entries only.  The winner will be selected at random via Tweetdraw from all valid entries and will be notified by Twitter and/or email. If no response is received within 7 days then I reserve the right to select an alternative winner. Open to all entrants aged 18 or over.  Any personal data given as part of the competition entry is used for this purpose only and will not be shared with third parties, with the exception of the winners’ information. This will passed to the giveaway organiser and used only for fulfilment of the prize. I am not responsible for despatch or delivery of the prize.
Labels: 21st Century blog tour extract Giveaway Henrietta Heald historical fiction Magnificent Women and their Revolutionary Machines