You've Got My Number by Angela Barton #Review 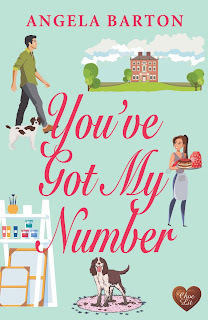 Having read Angela Barton's Magnolia House, I was delighted to be able to be on the blog tour for her contemporary novel, You've Got My Number. You can read my review for Magnolia House, here.
Three isn’t always a magic number …

There are three reasons Tess Fenton should be happy. One, her job at the Blue Olive deli may be dull, but at least she gets to work with her best friend. Two, she lives in a cosy cottage in the pretty village of Halston. Three, she’s in love with her boyfriend, Blake.

Because, despite their history, Blake continues to be the puzzle piece in Tess’s life that doesn’t quite fit. And when she meets intriguing local artist Daniel Cavanagh, it soon becomes apparent that, for Tess, love isn’t as easy as one, two, three …

My Thoughts
Angela is a great storyteller and has created some lovely characters in You've Got My Number. Tess turns out to be one of those people who puts others needs before her own and who hesitates to do what she should through loyalty. Of course, we know that this is misplaced but all the reader can do is watch Blake's lies play out.

Angela has created a setting in Halston village which you can absolutely visualise and I would love to spend some time there. It is so compact and welcoming. Starting again and learning to trust are recurrent themes. Tess has to recognise when to put her needs first. In Daniel, you have a great romantic foil and those dogs are adorable, adding to the feelgood flavour. This is a thoroughly enjoyable read which does not disappoint.

In short: Can Tess put her wishes first and take a risk? 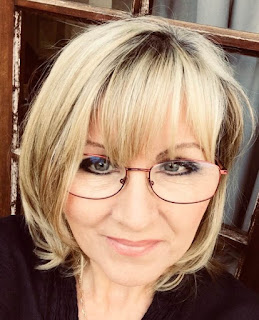 Angela Barton lives in Nottingham and is a member of Nottingham Writers’ Studio and the Romantic Novelists’ Association. She has written three novels, all of which have passed through the RNA’s New Writers’ Scheme and are now published.
Her first novel was published in 2018. Its genre is historical fiction set in France, telling the story of how a farming family survive through WW2. Angela’s second and third books are contemporary women’s fiction.

Along with other authors, Angela has helped to create two Facebook groups for book lovers. Apricot Plots and Love Forties Fiction.