Surviving Me by Jo Johnson #Extract 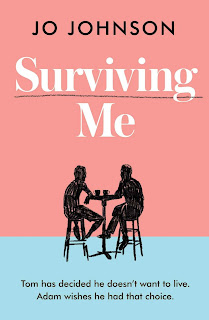 Today I have an extract for you from Jo Johnson's Surviving Me, which deals with some hard topics around male depression and degenerative disease.

Deceit has a certain allure when your life doesn’t match up to the ideal of what it means to be a modern man.

Tom's lost his job and now he's been labelled 'spermless'. He doesn't exactly feel like a modern man, although his double life helps. Yet when his secret identity threatens to unravel, he starts to lose the plot and comes perilously close to the edge.

All the while Adam has his own duplicity, albeit for very different reasons, reasons which will blow the family's future out of the water.

If they can't be honest with themselves, and everyone else, then things are going to get a whole lot more complicated.

This book tackles hard issues such as male depression, dysfunctional families and degenerative diseases in an honest, life-affirming and often humorous way. It focuses particularly on the challenges of being male in today’s world and explores how our silence on these big issues can help push men to the brink.

Surviving Me by Jo Johnson


This is the from the first chapter of Surviving Me, my debut novel. It’s the voice of the main character, Tom Cleary, talking about his parents. He has recently been bullied out of a successful career by a junior colleague. He is feeling increasingly low and is here reflecting on some early memories.


Once upon a time, my mother hadn’t been the person she’d now become. I remembered the mum with bright eyes and a laugh that made me giggle too.


My best friend Harry’s mum, Carla, was so kind. She’d say, oh, look at Tom’s smile. He’ll be the one all the girls will want to marry, or, Tom is so kind and brave. Look how he helps his sister when she’s hurt or upset. I adored Carla. Because in my small boy head, I was silently screaming, look at me, Mum. I’m kind, happy and clever. But my mother’s facial expression over the years became more and more inscrutable, removed, as if she wasn’t participating in real life at all.


By the time my sister, Gemma, was nine, her school was saying she would benefit from a psychological assessment: other children were targeting her; she was socially awkward and very withdrawn. The ensuing discussion between my parents became my first traumatic memory. I heard my father’s roar from the hall. So I sat on the bottom of the stairs and watched them through a gap in the door. His face was red and shiny and my mother had tears running down her cheeks.


‘It’s you!’ His yellow-tipped finger was almost in her eye. ‘You make her weird. You don’t go out, and you have no friends, not a single one.’


In a tiny, high-pitched voice, my mother replied, ‘Gemma isn’t weird. She’s kind and sensitive. They both are.’


‘Don’t get me started on the wimp. He’s not much better, might as well be another girl. I wanted children to be proud of and you’ve raised cretins.’


Then he stepped back. Put his hands behind him on the base of his spine and let out a loud belly laugh intended to humiliate – I can still see and hear him, even today. Then he got a beer from the fridge, and turned around to look down at my mother who was sitting perched on a kitchen stool. He had the bottle in one hand as he slowly bent forward. I thought that, for the first time, I might see them kiss.


Instead, he swung back his right hand and slapped her hard across the face.


He stabbed a dirty fingernail towards her nose. ‘You, lady, are a boring old loner. That’s why our daughter is a mental laughing stock.’ He spoke as if he was explaining how to work the oven. I crept silently back to my room.


All these years later, I still replay the incident as if it’s happening right now. I can remember the orange kitchen curtains and how they clashed with my mother’s deeper orange and pink dress. I can see her face, and her tears, and I can see my father, standing and watching. I have never told anyone about what happened that day, but my eyes sting whenever I remember the sound of my father’s hand colliding with my mother’s cheek. She didn’t look scared or flinch when she felt his hand. It was as if she knew what was coming. As if it wasn’t the first time.


I still beat myself up about not doing anything. I was too weak to protect my own mother: pathetic, over-sensitive, girly Tom, who’d never amount to anything.


Jo Johnson is a clinical psychologist specialising in neurological disorders and mind health. SURVIVING ME is her debut novel.


Follow this link to read the reviews on Surviving Me or to purchase the book on Amazon: amazon.co.uk/Surviving-Me-Jo-Johnson/dp/1789650615 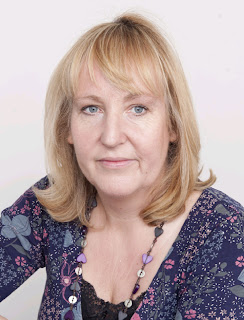 I’m very excited that my debut novel ‘Surviving Me’ is due to be published on the 14 November. The novel is about male minds and what pushes a regular man to the edge. The novel combines all the themes I can write about with authenticity.


I qualified as a clinical psychologist in 1992 and initially worked with people with learning disabilities before moving into the field of neurology in 1996. I worked in the NHS until 2008 when i left to write and explore new projects.

I now work as an independent clinical psychologist in West Sussex.
Jo speaks and writes for several national neurology charities
including Headway and the MS Trust. Client and family related publications include, “Talking to your kids about MS”, “My mum makes the best cakes” and “Shrinking the Smirch”.
In the last few years Jo has been offering psychological intervention using the acceptance and commitment therapeutic model (ACT) which is the most up to date version of CBT. She is now using THE ACT model in a range of organisations such as the police to help employees protect their minds in order to avoid symptoms of stress and work related burnout.

Thanks to the author and Rachel of  Rachels Random Resources for a copy of the book and a place on the event. 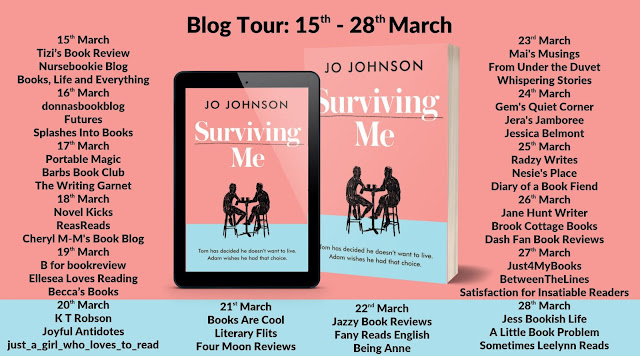