The Beauty of Broken Things by Victoria Connelly #Review 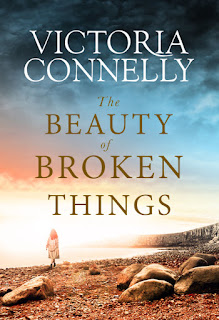 Victoria Connelly's The Beauty of Broken Things was published on 9th June by Lake Union Publishing.
United by tragedy, can two broken souls make each other whole?

After the tragic loss of his wife, Helen, Luke Hansard is desperate to keep her memory alive. In an effort to stay close to her, he reaches out to an online friend Helen often mentioned: a reclusive photographer with a curious interest in beautiful but broken objects. But first he must find her—and she doesn’t want to be found.

Orla Kendrick lives alone in the ruins of a remote Suffolk castle, hiding from the haunting past that has left her physically and emotionally scarred. In her fortress, she can keep a safe distance from prying eyes, surrounded by her broken treasures and insulated from the world outside.

When Luke tracks Orla down, he is determined to help her in the way Helen wanted to: by encouraging her out of her isolation and back into the world. But Orla has never seen her refuge as a prison and, when painful secrets and dangerous threats begin to resurface, Luke’s good deed is turned on its head.

As they work through their grief for Helen in very different ways, will these two broken souls be able to heal?

This is a touching story which shows two people who are both working through grief, loss, anger and desolation. They meet totally by chance and slowly, their lives begin to interweave. Some of the secondary characters ground the story in everyday life, especially the villagers who live near Orla. You can totally imagine the community spirit and their perplexed feelings as to why Orla is so reclusive.

The East Anglian setting is beautifully evoked and you can almost smell the salt in the air and feel the sand between your toes. There are one or two surprises that turn up as the story unfolds. In particular, you feel that Orla's mother has her own issues to work through and I am sure could feature in her own story! Seeing below the surface and noticing the beauty in the flawed and the damaged, Orla and Luke seem to have an understanding almost from the start. This is a story to savour.

In short: An emotional story of two damaged souls.
About the Author 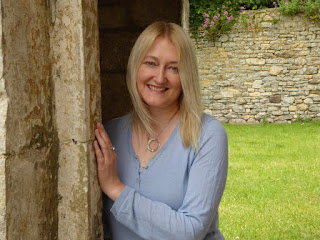 Victoria Connelly studied English Literature at Worcester University, got married in a medieval castle in the Yorkshire Dales and now lives in rural Suffolk with her artist husband, a young springer spaniel and a flock of ex-battery hens. She is the million-selling author of two bestselling series, Austen Addicts and The Book Lovers, as well as many other novels and novellas. Her first published novel, Flights of Angels, was made into a film in 2008 by Ziegler Films in Germany. The Runaway Actress was shortlisted for the Romantic Novelists’ Association’s Romantic Comedy Novel award.

Victoria loves books, films, walking, historic buildings and animals. If she isn’t at her keyboard writing, she can usually be found in her garden either with a trowel in her hand or a hen on her lap.
Her website is www.victoriaconnelly.com  and readers can follow her on Twitter @VictoriaDarcy and on Instagram @VictoriaConnellyAuthor.
Book links: Amazon UK  |  Amazon US  |  Amazon AUS
Thanks to Victoria Connelly, and Rachel of Rachel's Random Resources  for a copy of the book and a place on the tour.