Tell that to my Heart by Eliza J Scott #Review #HeartshapedBookOne 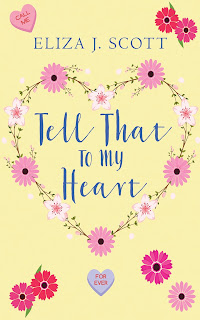 I am delighted to be taking part in the celebrations for Eliza J Scott's Tell that to my Heart on its Release Day.


Jemima Dewberry wears her heart on her sleeve. Her weakness for bad boys, coupled with her track record for making bad decisions has led to endless heartbreak. The only trouble is, she can’t seem to kick the habit.


On top of that, her “dream” job at Yorkshire Portions magazine hasn’t turned out to be what she’d hoped, and she seems to have developed the knack of annoying her boss without even trying. It doesn’t help that the new girl seems to have taken an instant dislike to her. All that’s keeping her there are her best friends Anna-Lisa and Aidey, who have picked up the pieces of her shattered heart more times than they care to remember.


When Jemima’s latest boyfriend turns out to be no better than the rest, the hurt and humiliation is almost unbearable. She declares she’s finally through with love, and swears off men for life. But when charismatic Caspar De Verre walks into the office with his dangerous good looks and mesmerising smile, she’s utterly captivated, and her promises to Anna-Lisa and Aidey not to let her heart rule her head are soon forgotten.


But is Caspar all he seems? Anna-Lisa and Aidey have their doubts. And Herbert, the happy-go-lucky black Labrador Jemima’s looking after, doesn’t seem to like him either.


As Jemima falls for Caspar’s charms she finds herself being forced to confront the struggle between her head and her heart. But which one will prove the most powerful?


And will Jemima get the happy-ever-after she so desperately craves?

The characters in this novel are quickly established and it is pretty clear from early on, who you empathise with and who makes you want to boo! The three central figures of Mim (Jemima), Aidey and Anna-Lisa are close friends which never wavers throughout. I loved the setting, at York, and found that there was much humour to be found amongst Mim's neighbours.

With a mystery at the heart, a touch of romance on a slow boil, there is plenty to keep you invested. Mim's family background goes some way to explaining why she reacts as she does and why her self -esteem is so low. As we are told that all of Eliza J Scott's stories end with a happy ending, you kind of always hope that love will find a way but at times, you could shake Mim for not seeing what is in front of her. Herbert, the labrador, is of course a big scene stealer and as it turns out, an excellent judge of character!

In short: A heart-warming story with a mystery to solve.
About the Author 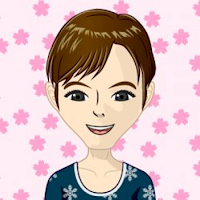 Eliza is proud to be a member of the RNA. She lives in a 17th-century cottage in a village in the North Yorkshire Moors with her husband, their two daughters and two mischievous black Labradors. When she’s not writing, she can usually be found with her nose in a book/glued to her Kindle or working in her garden, fighting a losing battle against the weeds.


When she's not reading or gardening, Eliza also enjoys bracing walks in the countryside, rounded off by a visit to a teashop where she can indulge in another two of her favourite things: tea and cake.


Her biggest weakness is ginger biscuits dunked in tea. 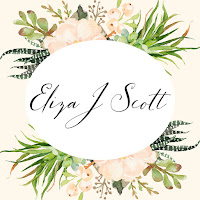 Eliza is inspired by her beautiful surroundings and loves to write heartwarming romance stories with relatable female characters. She enjoys exploring the dynamics of female friendship, with a key feature of her books being how women pull together and support one another when things get tough.