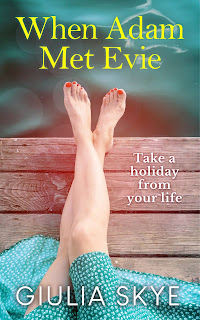 Today, I am featuring When Adam Met Evie by Giulia Skye. This is the first in her Take a Holiday series and was published on 7th February.
When former Olympic Swimmer, Michael Adams—now Canada’s hottest reality TV star— insults his fake showbiz wife on social media, he escapes the ensuing scandal and jumps on the first flight to Australia. Desperate to experience ordinary life again—if only for a few weeks—he becomes “Adam”, just another tourist traveling through the Outback. But with a reward out for his safe return and his fame’s nasty habit of catching up with him when he least expects, he needs a better disguise… and he’s just found it.

Sweet and scruffy British backpacker, Evie Blake, is taking a year out of her busy London life. Tired of lies and liars, she’s looking for adventure to heal her broken heart. So when the hot Canadian she meets at the campground offers to be her travel partner through Western Australia’s wild Kimberley region, she grabs the chance, unaware he’s got the world out looking for him.

You are invited to take a break from everyday life and escape to Australia along with Adam and Evie and it certainly is a refreshing read. You follow their stories through both their perspectives, which is a format I like, so you can see what is in both their thoughts. The settings sound fantastic as they travel off the beaten track and they meet some colourful characters along the way.

Evie cannot abide being lied to. Adam is hiding all sorts of secrets. You just know that this is going to lead to angst and drama. As Adam's web of lies gets more and more complicated, you realise that they both have a lot to lose. I do feel that the plotting in this book is a strength and there are no unexplained threads or questions which remain unanswered.  Consequently, it is an enjoyable read with some interesting characters who you get to know and like.

In short: A journey of a lifetime.
About the Author 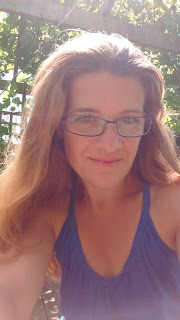 Italian-born Giulia Skye spent her childhood watching classic Hollywood films and thinking up her own romantic stories. After two decades working in TV production, she knew turning those stories into novels would be much more enjoyable - and far cheaper – than turning them into films. She still keeps her hand in TV production but is at her happiest being a stay-at-home mum, spending time with her family, growing her own vegetables and conjuring up sizzling stories about sexy heroes meeting fiesty heroines who aren’t always as they at first appear.  When Adam Met Evie is her first novel, Book 1 of her “Take a Holiday” series.

Thanks to Giulia Skye, and Rachel of Rachels Random Resources  for a copy of the book and a place on the tour. 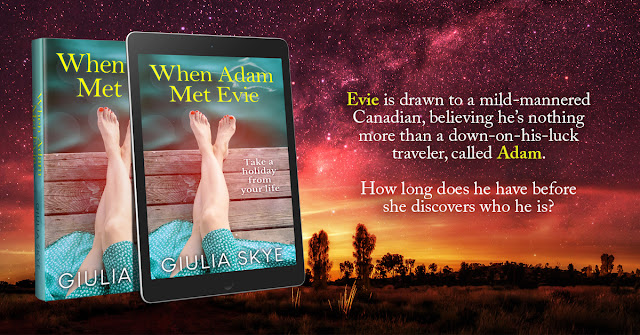 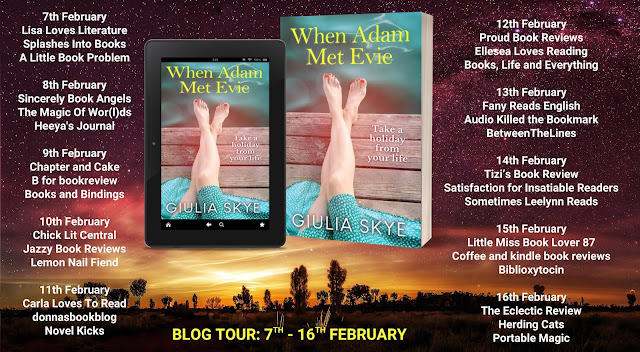