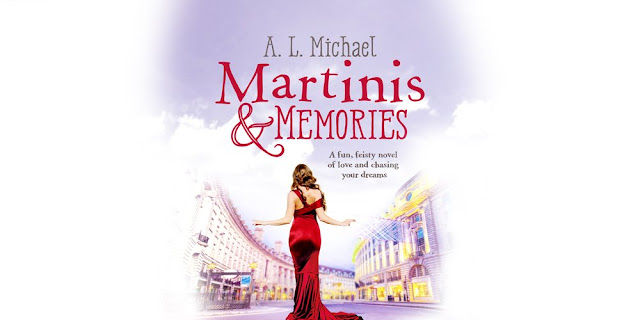 I am delighted to be featuring Martinis and Memories on the blog today. It is the third in A L Michael's Martini Series. You can read my reviews of the first two here: Cocktails and Dreams  |  Prosecco and Promises. I am also thrilled that A L Michael has agreed to answer some of my questions. Before we get to her, let's find out a little about the book:

A fun, feisty novel of love and chasing your dreams

Bel Hailstone has spent the past decade building her dream - Soho’s best burlesque club - from the ground up. But now The Martini Club is under threat and it will take everything in Bel’s power to resist encroaching developers and save her pride and joy.

Amidst the chaos Bel’s past comes knocking with the unexpected arrivals of her still-not-quite-ex-husband, her estranged mother and Brodie Porter - the boy who got away all those years ago.

To keep her beloved club afloat – not to mention her sanity - Bel will have to accept help for the first time in a long time, put the past to rest and claim the happy ever after she once thought was lost for good.

I decided to become an author when I was 11 years old and I haven’t really ever changed my mind! I went to study writing and English lit at university, and started writing books when I graduated.

Martinis and Memories is the last in the Martini Club series. Why did you decide to write a series and did you have the story arcs planned out from the beginning?

I absolutely did not have it planned out! I had the first book planned, and my publisher suggested making it a series. I knew what the second book would be as I’d had that planned for a long time, before writing the first in the series, so really it was just Martinis and Memories that was a mystery, knowing how to tie it all together!

Without giving the story away, could you tell us a little about Martinis and Memories?

It’s about the owner of the Martini Club, Bel Hailstone, who is a firecracker of a woman who doesn’t take no for an answer. She has a bit of a crazy past that she escaped from to London, to reinvent herself and set up her club, but all these years later it’s like fate is bringing all the people from her past back to her at this point in time. But it’s unclear whether they’re there to help or not!

Have you based any of the characters on anyone you know?

No, I sometimes steal phrases or things people have said or done, but they’re always completely new people!

What are your writing routines?

I write whenever I can. On my lunch break, after work, at the weekends. I let an idea percolate a bit, and then I’m ready to jump right in and I get a bit obsessed, disappearing into it all.

Away from your work as a published author, how else does writing play a part in your life?

It’s my day job - I’m a content writer for a company, so I spend my day writing articles, researching, creating guides and other content. It’s what I love to do and I’m glad I get to do it all the time!

What advice would offer any aspiring writers?

Read incredibly widely, don’t give up writing, always write things you’d be interested in reading, and always be polite to people in the industry - sometimes you’ll get rejections because it’s just not what that person is into, and that’s okay! It’s not personal.

Finally, are you able to share what is next after the Martini Club series?

I’ve got a different sort of book with my agent at the moment, so I guess we’ll see what happens with that! It’s all a bit of a mystery!

Intriguing - I can't wait for that! Thanks so much for answering my questions today.

What a complicated character Bel has turned out to be. As the story develops you see more and more of her vulnerability which she has hidden beneath the glittering armour plating of her persona, Arabella Hailstone. Nothing about Bel is straightforward, especially not her relationship with her mother. Of course, Bel is not the only one who is hiding insecurities and doubts as you discover as the novel unfolds.

Reinvention seems to be something Bel is good at and she is forced to rethink her beloved Martini Club when it is under threat. I found the descriptions of the club to be vivid and could easily visualise the place as it sparkled and glittered at night-time. Although it is very much her baby, she has to learn to take others' views on board and to let other people help her. With a cast of individuals and several strands to the story, it is a fitting final book in the Martini Series although the door is left open for more.

In short: A stylish story with warmth beneath the glitz. 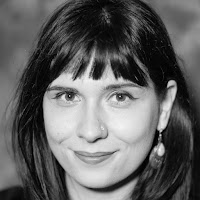 A. L. Michael is the author of 13 novels. Almost all of them are snarky love stories where difficult women learn to embrace vulnerability. Andi works as a content writer, so no matter what she’s doing, she’s all about the words. She has a BA in English Literature, an MA in Creative Business and an MSc in Creative Writing. She is represented by Hayley Steed at Madeleine Milburn.

Thanks to the author and Ellie Pilcher of Canelo for a copy of the book and a place on the tour.