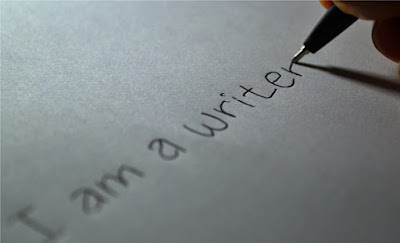 Today we are welcoming Jennifer Macaire to Books, Life and Everything to talk about her life as a writer. Jennifer writes The Time for Alexander Series, a time slip series which takes us back to Ancient Greece.

Welcome to Books, Life and Everything, Jennifer. Would you like to start by telling us a little about yourself and how you started as a writer? 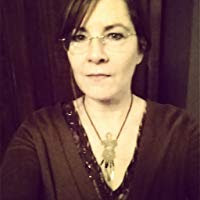 I was always a storyteller – I shared a room with my brother and sister, and at night, they would beg for stories. My parents had always read to us, but as soon as I learned to read, my father gave me a copy of ‘Black Beauty’, and told me it was up to me now.  I read everything – from cereal boxes to encyclopedias, all the books in our living room – and was thrilled when I got my first library card.  It's a running joke at the library that my name is in nearly all the books in the building.

If you didn’t write, what would you do for work?

Writing does not pay the bills for me.  I believe -  and it's depressing – only about 1% of fiction writers make a decent living. As soon as my children were out of the house and in school, I got a job as a secretary and translator. I speak French and English, so I do freelance work translating, and I work as a secretary part time, and as a receptionist/dental assistant the other part time. I paint and draw as well, and do work on commission for animal portraits. I write late at night or early in the morning (depending how you look at it!) I've worked as a salesperson, a model, a waitress, an English teacher, and even a nanny– my husband and I were never in one place more than one or two months with his polo, so I got used to just working where I could.

What are you interests apart from writing?

Painting and drawing, reading (of course), hiking, golf (my husband got me playing that game), riding, gardening, and playing computer games (my sons got me hooked on those!)

What is your favorite childhood book?

‘Black Beauty’ – it was the first book I ever read by myself.

Where were you when you heard your first book was going to be published? How did you celebrate?

My husband was outside washing the car. I ran out of the house and grabbed the hose from him and sprayed him from head to foot, screaming that my book had been accepted!  He wrestled the hose back from me and doused me too. Then we stood under the spray and laughed like loons. The neighbors were entranced.

Tell us three surprising things about yourself.

My family has witches in it. My great-grandmother was known as a witch.  The women in our family have premonitions. My mother can find things in dreams. My sister sees ghosts. I see things that happen in the future. I knew I would marry my husband the minute I saw him. I was standing next to my sister and pointed at him and said, ‘I'm going to marry that man’. I knew I would have twins. I read the tarot cards, but I've learned not to look too far ahead. The future has different paths, they fan out, and if you look too far down one path, you might miss what could have been.

I have dyslexia. It is pretty severe – I can't spell to save my life. I need spell-check and a dictionary – I have a thesaurus and it's my favorite book.  I'm spatially challenged, which makes my athlete husband laugh – I 'm clumsy, can't fold a towel, and I can't tell time. I get confused between before and after, sooner and later, and left and right. My sons didn't get it, but my daughter has dyslexia. Thankfully, the schools here have special teachers to come in and help students, so she did brilliantly.

I used to be a model. I was on the cover of magazines. I posed for Richard Avadon, Albert Watson, Irving Penn, Patrick Demarchelier, Oliviero Toscani... I worked for Vogue, Glamour, Elle, Marie Claire...It was the best of times and the worst of times – I wrote all about it on my blog here: jennifermacaire.wordpress.com

Tell us about your latest book without giving the plot away.

My latest book is Storms Over Babylon. It's the fourth book in the Time for Alexander series, which starts with The Road to Alexander. It's a time slip book set in ancient Greece. Ashley, the main character, was sent back from the future to interview Alexander the Great, and he kidnaps her, stranding her in his own time. Now she's stuck in 333 BC. It's not easy; there's no decent shampoo and the nightlife consists of bats and owls. In Storms Over Babylon,  Ashley is trying desperately to think of a way to save the man she's come to love – Alexander – even though she knows that she can do nothing to change the course of time without risking the fury of the all-powerful Time Senders.

Can you give any hints about any upcoming books you have planned?

Thank you so much for having me!

Here is my blog, if you want to read about my life in France: jennifermacaire.wordpress.com

Here are my books on Amazon UK, and my Facebook page for my Time for Alexander series.

Thanks for dropping by, Jennifer and good luck with the writing!

Jennifer Macaire lives in France with her husband, three children, & various dogs & horses. She loves cooking, eating French chocolate, growing herbs and flowering plants on her balcony, and playing golf. She grew up in upstate New York, Samoa, and the Virgin Islands. She graduated from St. Peter and Paul high school in St. Thomas and moved to NYC where she modeled for five years for Elite. She went to France and met her husband at the polo club. All that is true. But she mostly likes to make up stories.

Ashley is a time-travel journalist who has fought to prove herself in a world that that believes her road in life was paved by her parents' fortune. After winning a prestigious award, she is selected to travel through time and interview a historical figure. Choosing her childhood hero, Alexander the Great, she voyages back in time for less than a day to interview a man whose legend has survived to the present day. He mistakes her for Persephone, goddess of the dead, and kidnaps her. Stranded in the past, cold and aloof Ashley has to learn to befriend, to trust...and to love.

When Ashley Riveraine jumped at the chance to travel back in time to meet her hero Alexander the Great, she never thought she would end up staying there…

Following Alexander the Great’s army on its journey across Persia, Ashley is walking the knife edge of history. As a presumed goddess, Ashley is expected to bless crops, make sure battles are won and somehow keep herself out of the history books.

Can Ashley avoid the wrath of the Time Institute while keeping the man she loves alive?

Can you face the consequences of cheating the Fates?

Alexander the Great journeys to India, where he and Ashley are welcomed with feasts and treachery.

With their son, Paul, being worshiped as the Son of the Moon, and Alexander’s looming death, Ashley considers the unthinkable: how to save them and whether she dares to cheat Fate?

From the scorching plains of Persia to the opulent city of Babylon, Ashley and Alexander continue their sensuous and passionate journey through history.

Alexander the Great is now king of Persia and Greece – but his reign will be short.

Time-travelling Ashley knows when her husband will die. She’s determined to cheat Fate and save Alexander and her children, even if it brings the gates of time crashing down.

Following Alexander on a tour of his new kingdom, she plans her moves and bides her time. She must, however, convince Alexander to abandon his crown and his kingdom.