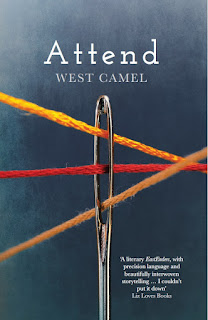 It is great to have my slot on the Orenda Books blog tour for Attend by West Camel.

When Sam falls in love with Deptford thug Derek, and Anne’s best friend Kathleen takes her own life, they discover they are linked not just by a world of drugs and revenge; they also share the friendship of the uncanny and enigmatic Deborah.

Seamstress, sailor, story-teller and self-proclaimed centenarian immortal, Deborah slowly reveals to Anne and Sam her improbable, fantastical life, a history of hidden Deptford and ultimately the solution to their crises.

With echoes of Armistead Maupin, Attend is a beautifully written, darkly funny, mesmerisingly emotive and deliciously told debut novel, rich in finely wrought characters and set against the unmistakable backdrop of Deptford and South London.

Attend is packed with the sights and sounds of the East End, so closely that you almost feel you can taste the dust of the old walls and feel water lapping at your feet, as it does against Deborah's hidden little house. Everything about Deborah seems mysterious- where she has come from and how she seems to go unnoticed by most people. There are three threads running through the novel- three lives- those of Sam, Anna and Deborah. They are all on the fringes. Sam and Anna are desperate for a clear way forward and a way to connect with the people they love.They both have issues to come to terms with.Weary of her long life, Deborah wants it all to end. These three storylines are beautifully managed and the timeline handled with real skill as the story moves back and forth through time.

As I read the story, I was aware that I was feeling more and more anxious as to what was going to happen to Deborah. It felt as if the story was getting darker and more claustrophobic, despite its incongruities and whimsical side. The author constructs the tension between the characters as their stories converge and you feel a real quandary as to what to believe. With elements of magical realism bubbling beneath the surface and characters who are all pin sharp, this debut novel presents as a singular and distinctive read.

In short: Within the city grime and gritty plotlines, glitters an arresting tale. 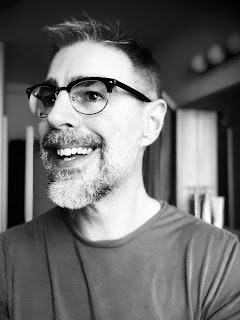 Born and bred in south London – and not the Somerset village with which he shares a name – West Camel worked as an editor in higher education and business before turning his attention to the arts and publishing. He has worked as a book and arts journalist, and was editor at Dalkey Archive Press, where he edited the Best European Fiction 2015 anthology, before moving to new press Orenda Books just after its launch. He currently combines his work as editor at Orenda Books with writing and editing a wide range of material for various arts organisations, including ghostwriting a New-Adult novel and editing The Riveter magazine for the European Literature Network. He has also written several short scripts, which have been produced in London’s fringe theatres.

A highly anticipated debut, blending the magical realism of Angela Carter and the gritty authenticity of Eastenders and was longlisted for the Old Vic’s 12 playwrights project. Attend is his first novel.

Thanks to West Camel, Karen Sullivan of Orenda Books and Anne Cater of Random Things Tours for a copy of the book and a place on the tour. 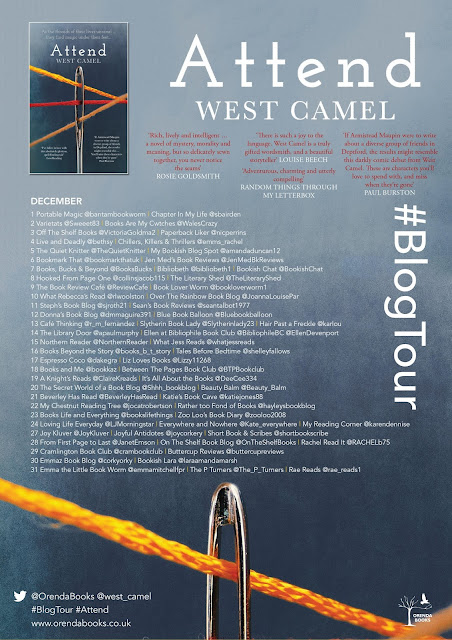