Starting over st the Vineyard in Alsace by Julie Stock #Review 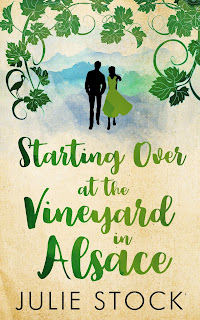 After being abandoned by her partner when she falls pregnant, Lottie Schell goes home to live on The Vineyard in Alsace, where she has started a new relationship with the estate’s winemaker, Thierry. Now about to give birth, Lottie’s determined to raise her child and to provide for them both on her own without having to depend on anyone else.

Thierry Bernard is still dealing with his grief and guilt following the death of his wife two years earlier, for which he blames himself. When he meets Lottie, the instant attraction he feels towards her gives him hope that he can move on from the tragedy of his past, as long as he can tell Lottie the truth of what happened.

When circumstances force Lottie and Thierry closer together, they both find it hard to compromise – she’s proudly independent and he’s fiercely protective – and they’re both wary about trusting someone new with their heart.

Can Lottie and Thierry take a chance on each other, move on from their pasts and start over?

Escape to The Vineyard in Alsace once again with this romantic read set in the heart of Alsace’s wine country.

Although this is the second in a series, I read this as a standalone and didn't feel that I had missed out. The focus of the story is Lottie and Thierry and you get to follow their relationship. Not everything goes smoothly. Thierry has a lot of unresolved grief to come to  terms with and Lottie is determined to live an independent life as a single mother. She has real trust issues. You get to follow both perspectives, so you realise that their actions don't always mirror their thoughts and wishes. Getting the pair to communicate honestly is tricky.
There is also a lively cast of friends and relatives who have their own stories and decisions to make about their future. Lottie's sister has some fertility issues of her own which gives a different perspective to Lottie's situation and Thierry has his own thoughts on parenthood which he has not yet voiced. With a great setting in the French countryside, this is a great summer read and one to escape into.

In short: Go on a journey to France for an uplifting time. 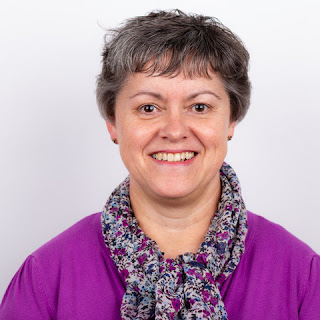 Julie Stock writes contemporary feel-good romance from around the world: novels, novellas and short stories. She published her debut novel, From Here to Nashville, in 2015, after starting to write as an escape from the demands of her day job as a teacher. Starting Over at the Vineyard in Alsace is her ninth book, and the second in the Domaine des Montagnes series set on a vineyard.

Julie is now a full-time author, and loves every minute of her writing life. When not writing, she can be found reading, her favourite past-time, running, a new hobby, or cooking up a storm in the kitchen, glass of wine in hand.

Julie is a member of the Romantic Novelists' Association and The Society of Authors. She is married and lives with her family in Bedfordshire in the UK.

Thanks to Julie Stock and Rachel of  Rachel's Random Resources for a copy of the book and a place on the event.
Catch up with the rest of the tour! 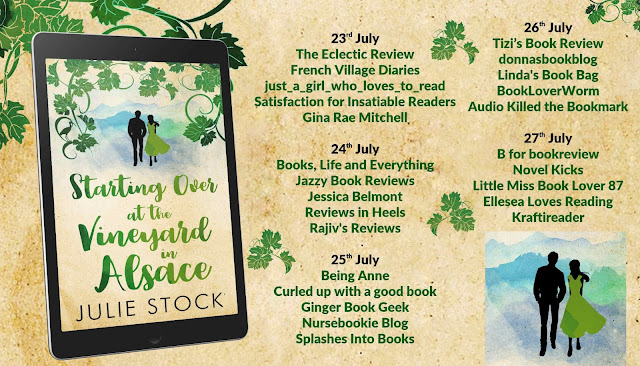