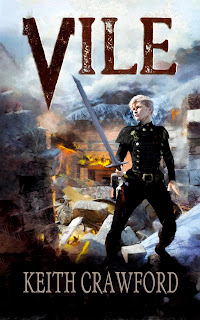 Vile was released on  November 3rd 2019 and is the debut novel of Keith Crawford. It is an epic science fantasy novel. Here's a little about the book:
Elianor Paine is a Magistrate of the Peace in the Kingdom of Trist and a republican secret agent. She has 6 days to subvert her investigation, supplant war-hero Lord Vile, then coerce his adult children to start a revolution, before her masters discover the truth and have her killed. Just how far is she willing to go? And can she change the world without changing herself? 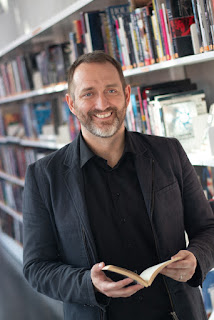 Keith Crawford is a retired Navy Officer, a disabled veteran, a Doctor of Law & Economics, a barrister, a stay-at-home Dad, and a writer. He has written for collections of scholarly works, academic journals, and newspapers including The Economist. He has had more than thirty plays recorded or produced for stage, been listed in a variety of short story competitions (in spite of his hatred of short stories), and runs a radio production company, www.littlewonder website, which regularly runs competitions promoted by the BBC to help find, develop and encourage new writers.

In 2014 he was lecturing at Sciences Po in Paris and negotiating a contract to write a book on banking regulation, when he and his wife discovered to their delight that they were due to have their first child. Rather than writing more work that would only be read by his poor students, and then misquoted by politicians, he decided he would do his bit to stick his fingers up at the patriarchy and stay home to look after his own kids rather than the grown-up kids of rich people. Two more children swiftly followed. Keith has discovered that if you recite Stick Man backwards you get the lyrics to AD/DC’s Highway to Hell.

This (looking after the kids, not satanic rites with Stick Man) allowed him to support his wife’s career, which appears to be heading for the stratosphere, and also gave him the space to write about swordfights and explosions. And spaceships. All of which are more fun than banking regulation. As an extension to his work in radio production, he set up his own small press, and his first novel, Vile, is due to be published in December 2019. More novels will swiftly follow, like buses in countries that don’t privatise the bus companies. 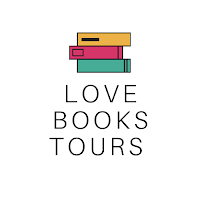 Thanks to Keith Crawford, and Love Books Tours for a place on the event.