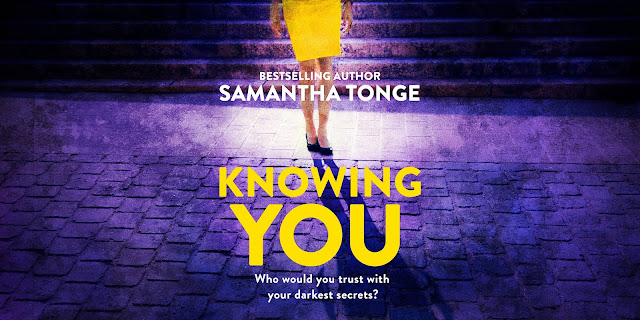 On Publication Day, I am so happy to be taking part in the celebrations for this fascinating novel. Knowing You by Samantha Tonge is a superb read which ends with a final flourish which will take you by surprise.

An abrupt change; a new friendship; a dark secret...

Kind-hearted Violet has never fitted in, but despite being bullied at school is now content. She is dating ambitious Lenny, has her dream job in publishing and runs a book club at the local retirement home.

However, when her relationship with Lenny begins to falter, Violet, hurt and alone, seeks the advice of her new flatmate, Bella. She changes her image and with her head held high aims to show that she doesn’t need Lenny in her life to be happy and successful.

Her long-term friends Mable and Farah worry about Bella’s influence and slowly Violet starts to distance herself from them. When she was a child, her closest confidant and companion was a boy called Flint. Her mother didn’t approve of their closeness and he suffered a terrible end. She won’t let the same thing happen to Bella, no matter what anyone says...

Knowing You is about friendship and knowing who to trust with your deepest secrets; it’s about taking control of your life and not being afraid to stand out. Perfect for fans of Ruth Hogan, Gail Honeyman and Amanda Prowse. 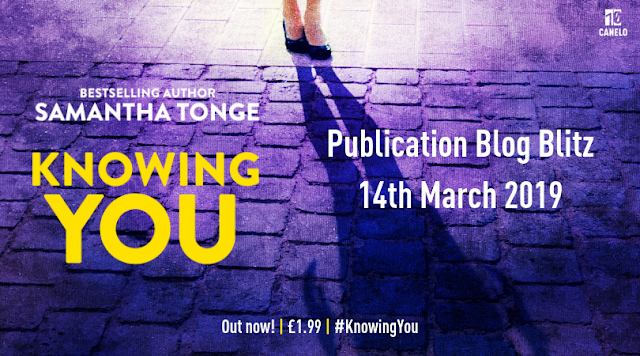 This is such an intriguing read. Violet has had difficulties with bullies since her childhood and it is clear that there are some difficult issues she has had to deal with. It is fascinating to see her reaction to the end of her relationship with Lenny and the effect that her choices have on the friendships she has formed. I thoroughly enjoyed the fact that it was set within the publishing world and the friendship which grew up with a group of older bloggers who she befriended.

As the story develops, the atmosphere becomes darker and you begin to question what is going on. There are no spoilers here but I can say that there are some raw issues here which set this novel apart. The ending will cause you to have a sharp intake of breath and suddenly all the flashbacks to Violet's childhood make perfect sense.

In short: A deep dive into some dark issues.
About the Author 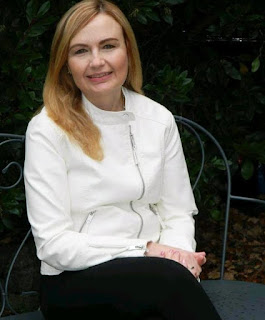 Samantha Tonge lives in Manchester UK and her passion, second to spending time with her husband and children, is writing. She studied German and French at university and has worked abroad, including a stint at Disneyland Paris. She has travelled widely.

When not writing she passes her days cycling, baking and drinking coffee. Samantha has sold many dozens of short stories to women’s magazines.
In 2013, she landed a publishing deal for romantic comedy fiction with HQDigital at HarperCollins and in 2014, her bestselling debut novel, Doubting Abbey, was shortlisted for the Festival of Romantic Fiction best Ebook award. In 2015 her summer novel, Game of Scones, hit #5 in the UK Kindle chart and won the Love Stories Awards Best Romantic Ebook category.

You can follow Samantha here: Twitter  |  Facebook   |  Website
Book links: Amazon UK   |  Apple  |  Google   |  Kobo
Thanks to Samantha Tonge, Canelo and Rachel of Rachel's Random Resources  for a copy of the book and a place on the blitz. 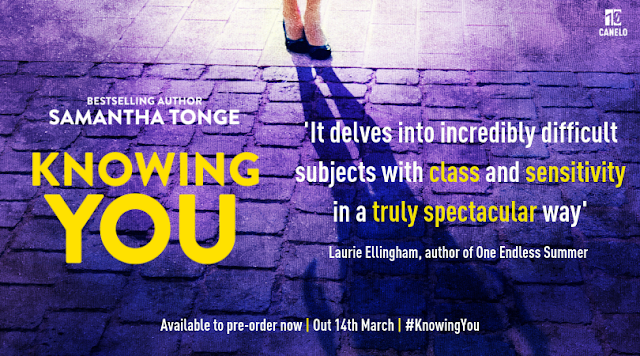