Rogue is the first in J B Turner's American Ghost Thriller Series and was published on 7th June 2018 by Thomas and Mercer. I am delighted to welcome him to Books, Life and Everything today. He has written a fantastic post for us on the writing of the main character, Nathan Stone. Before we get to it, here is a little about the book:

A deep-state US organization has a top-secret kill list—and a popular senator is on it.

Nathan Stone was killed in action while serving as a covert CIA operative. Or so everyone thought. In reality he’s become a ghost, a black-ops asset with a new identity and controlled by a secret government organization. The Commission has one aim: to hunt down and assassinate anti-establishment enemies of the state.


Its number-one target is Senator Brad Crichton, an ambitious politician with growing support. Stone is ready to take him out, but his plan is soon compromised when the Commission’s kill list is leaked to a journalist—whose own name is on the list too. And when the journalist tries to alert the senator, he is found dead in suspicious circumstances. Stone is closing in on Crichton, but must act swiftly to reach him before the truth does.

He knows that one wrong foot will put him in the firing line. But where national security is at stake, the hunter can quickly become the hunted.

Welcome to Books, Life and Everuything. Thank you for agreeing to write about your character, Nathan Stone. Over to you!

Thriller writers can go off the deep end with characters.  The darker the character, the better. Such fictional characters, such as the Jackal in Frederick Forsyth’s The Day of the Jackal, stir up powerful emotions in readers. Fear, excitement or terror. Scientists have even shown that in such heightened circumstances, a chemical reaction in the brain releases dopamine and oxytocin. Which probably partially explains the huge attraction of the thriller genre for readers today.

Nathan Stone, the complex and unsettling protagonist in my latest book, Rogue – the first of my new American Ghost series – is such a character.

Stone has a past as murky and mysterious as the people who control him. He has been critically wounded while serving as a cover CIA operative and assassin. And everyone thought he was dead. But behind closed doors, he was rehabilitated by a highly secretive government organization known as the Commission. His brief: to execute kill orders drawn up by the Commission, all in the name of national security. The Commission owns him, but Stone knows one wrong move could turn him from loyal asset to hunted man.

Rogue sees Nathan Stone being housed at a secret facility in Scotland. And he is tasked with carrying out a hit on a popular senator who is on a top-secret kill list.

So how did this character come about?

Stone featured in one of my earlier books, Dark Waters, as a minor character. An assassin. But in the American Ghost series, I put Stone front and centre.

The book begins with the deliberations of the Commission – consisting of retired senior CIA and military experts - as to when and where the US senator should be killed. But then, the reader is introduced to Nathan Stone, at a facility off the north west coast of Scotland. A psychologist is trying to determine if Stone is ready to be deployed. He has undergone cosmetic surgery and extensive physical and psychological rehabilitation. New physical and mental identity. But the Commission are unsure if he still has the same killing instincts within him.

The psychologist shows Nathan Stone covert video footage taken of the US senator in Washington DC, the previous day.

“Can you identify this man?” the psychologist asked.

Stone studies the footage. He doesn’t recognize the man.

“Commit that face to memory?” the psychologist said.

When Stone asks why, the reply is simple.

“Because you’re going to kill him in nine days’ time, that’s why.”

But Stone is not just a cold assassin. Events in his past linger on in his mind. Stone is haunted by his upbringing at the hands of his sadistic father. His sister and Nathan suffered from beatings in his childhood home, a filthy one room apartment in New York’s Lower East Side. Their father was a drunk. And beat them every day. But one day, unable to take any more, Nathan’s sister picks up a pair of scissors, and kills their father. She is committed to a psychiatric hospital where she still languishes in Florida. But Stone hasn’t forgotten her.

When Stone is activated, after proving his assassin credentials in the most brutal manner at the secure facility, he begins to shadow the Senator. But what was envisioned as a straightforward hit on an American senator while he was alone, becomes more complicated when the girlfriend of the senator turns up.

Stone is closing in on the senator and the young woman in the wilds of the north west highlands of Scotland, miles from anywhere.

But unbeknown to Stone, the Commission are running a parallel operation. And when national security is at stake, he soon realises that the hunter can quickly become the hunted.

Although Nathan Stone is a dark and complex character, I ultimately wanted the reader to be rooting for him.

As a thriller writer, it meant going off the deep end to ensure a morally ambiguous protagonist, like Nathan Stone, can become a truly compelling character for the reader. 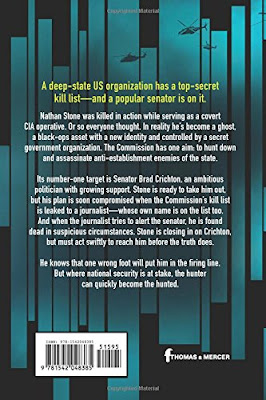 If you are now wondering where you can get hold of a copy of the book, look no further- just follow the link: Amazon UK 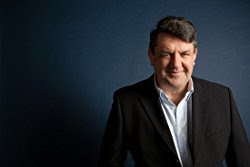 He also wrote the forthcoming American Ghost® thriller series. The new series features protagonist Nathan Stone, a former CIA covert operative who had been critically wounded, and everyone thought was dead. But behind closed doors, he was rehabilitated by a highly secretive government organization known as the Commission, given a new identity and appearance, and remoulded into a lethal assassin. His brief: to execute kill orders drawn up by the Commission, all in the name of national security. The Commission owns him, but Stone knows one wrong move could turn him from loyal asset to hunted man. The first book in the new American Ghost series, Rogue (Thomas & Mercer), is out 7 June 2018. The follow-up is Reckoning (Thomas & Mercer), is out 2 August 2018. Requiem is out November 2018 (Thomas & Mercer).

His books have conspiratorial elements and themes throughout them. His work can often be described as thrillers; his books cover sub-genre categories including assassination thriller, suspense thriller, political thriller, crime fiction, military thriller, and, in the case of the Deborah Jones books, mysteries.

He has a keen interest in geo-politics.

He loves music and drinks dangerous levels of coffee (and a fair bit of red wine). He occasionally blogs. He listens to everything from Beethoven to The Beatles, The Cure to Bach. And everything in between. Occasionally writes. Loves films. Well, good ones. One Flew Over the Cuckoo’s Nest, Heat, The Godfather, The Offence, The French Connection, Payback, It’s a Wonderful Life, Manhattan, Annie Hall, Sideways, As Good As It Gets, Wonder Boys, The Deer Hunter, All the President’s Men, Babette’s Feast, and a personal fave, Animal House (what’s not to like?).

He was born in Edinburgh, Scotland. He is married with two children.
He is represented by Mark Gottlieb of Trident Media Group, New York.
Check out his website here.

Thanks to Thomas and Mercer and Anne Cater of Random Things Tours for a place on the tour. 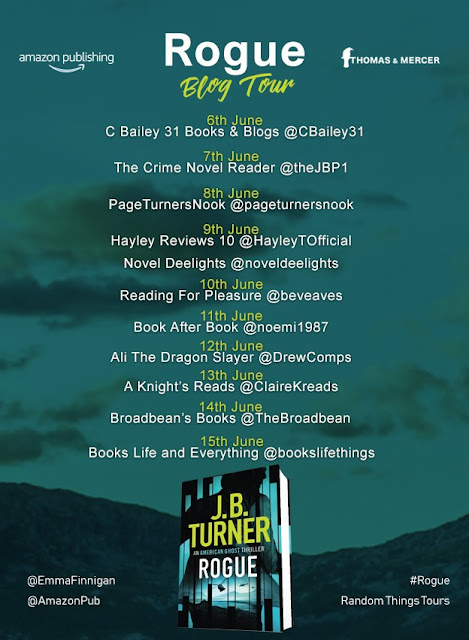 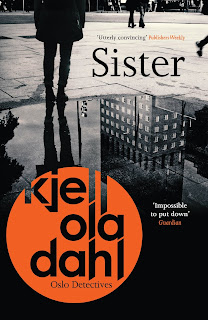