Death at the Seaside by Frances Brody * Blog Tour Review* 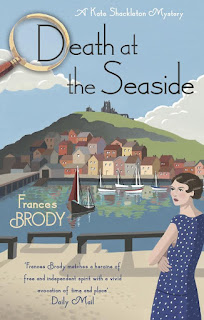 I am delighted to be part of the celebrations for the publication of Frances Brody's novel, Death at the Seaside.


Nothing ever happens in August, and tenacious sleuth Kate Shackleton feels like she deserves a break. Heading off for a long-overdue holiday to Whitby, she visits her school friend Alma who works as a fortune teller there.
Kate had been looking forward to a relaxing seaside sojourn, but upon arrival discovers that Alma’s daughter Felicity has disappeared, leaving her mother a note and the pawn ticket for their only asset: a watch-guard. What makes this more intriguing is the jeweller who advanced Felicity the thirty shillings is Jack Phillips, Alma’s current gentleman friend.
Kate can’t help but become involved, and goes to the jeweller’s shop to get some answers. When she makes a horrifying discovery in the back room, it soon becomes clear that her services are needed. Met by a wall of silence by town officials, keen to maintain Whitby’s idyllic façade, it’s up to Kate – ably assisted by Jim Sykes and Mrs Sugden – to discover the truth behind Felicity’s disappearance.
And they say nothing happens in August . . .


This is the 8th novel in the Kate Shackleton crime mystery series. I haven't read any before, but it can be read as a stand alone story. I did find that Francis Brody's website has useful information about the series and background information for Kate. Set in 1927, the story captures the flavour of the times  and is full of twists and turns and of course, red herrings.

The star of the show, for me, is the setting of Whitby itself. Set on the north-east coast, the town sits between the sea and the moors, open to the elements. Frances Brody weaves in the landmarks of the town from the winding shopping streets to the Abbey itself standing above. The sea always beckons  and boats are an intrinsic part of the history of the town. The story is peopled with a variety of characters who all contribute to the colour in the book. The  amateur sleuth, Kate is a believable and interesting woman who typifies the strong women who emerged from the war years. Working within the constraints of the 1920's attitudes and customs, she emerges as clear headed and intuitive, even as some of the town's inhabitants close ranks. Well paced, with an English charm, I enjoyed trying to work out the mystery for myself.

In short: well plotted with rounded characters and period charm.

About the Author
Frances Brody is the author of the Kate Shackleton mysteries, as well as many stories and plays for BBC Radio, scripts for television and four sagas, one of which won the HarperCollins Elizabeth Elgin Award. Her stage plays have been toured by several theatre companies and produced at Manchester Library Theatre, the Gate and Nottingham Playhouse, and Jehad was nominated for a Time Out Award.

Thanks to the publishers, Piatkus Books, for a copy of the book and a place on the Blog Tour. 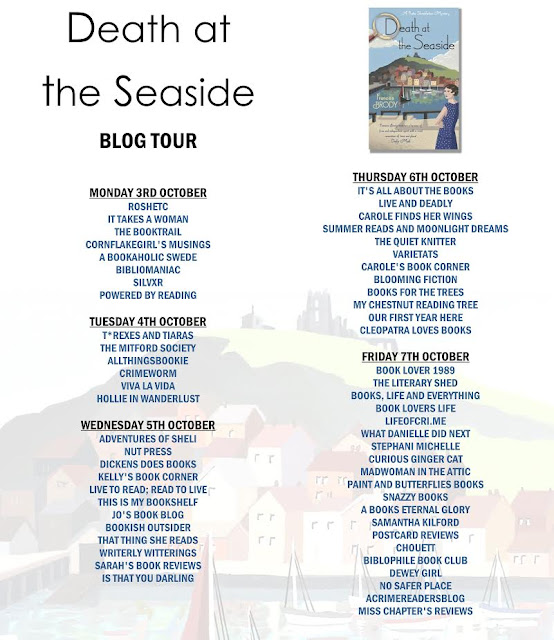