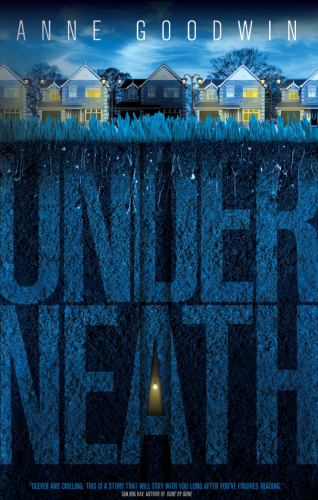 Today it is my absolute pleasure to welcome Anne Goodwin to Books, Life and Everything to celebrate the publication of her second book, Underneath. I thoroughly enjoyed Anne's debut novel, Sugar and Snails and you can read my review here. Anne has agreed to answer some of my questions but first, here's a little about the book:

After years of travelling, responsible to no-one but himself, Steve has resolved to settle down. He gets a job, buys a house and persuades Liesel to move in with him.

Life’s perfect, until Liesel delivers her ultimatum: if he won’t agree to start a family, she’ll have to leave. He can’t bear to lose her, but how can he face the prospect of fatherhood when he has no idea what being a father means? If he could somehow make her stay, he wouldn’t have to choose … and it would be a shame not to make use of the cellar.

Will this be the solution to his problems, or the catalyst for his own unravelling?


Welcome, Anne, to  Books, Life and Everything. Thank you so much for agreeing to answer some questions on my blog about your writing.


I’ve always written and made up stories: as a child, I made magazines for my sister and told her stories at bedtime – although she was usually asleep before anything exciting happened. I wrote all through university (the maths library was my favourite venue) but was too shy to let anyone read my efforts. Later, as I pursued my career as a clinical psychologist, fiction took a back seat as I concentrated on academic papers and clinical reports. However, there came a time when, taking time off with stress, how was forced to review my priorities. Carving out some time to write fiction proved an extremely necessary way of focusing on my own stories instead of (or, rather, alongside) other people’s. A few years later my job was made redundant and, although difficult at the time, it’s enabled me to begin a second career (albeit one that doesn’t pay much).

Do you plan your novels in detail before you start or do you start with a general idea and see where it goes?

Definitely the latter! I get very excited (!) when a new idea comes to me and want to start writing straightaway – even if I’m in the middle of another project. However, I’ve learnt that it’s more effective to hold off for a while and let the ideas incubate in my head. Even so, the first draft can be a strange beast and it needs a couple more drafts before I can see what kind of animal it needs to be. I’m sure it would be more efficient to plan in advance but the prospect gives me the heebie-jeebies. My story needs to emerge through interactions between the characters, situation and language, hopefully coming closer to something people will want to read with successive drafts.

I don’t have routines as such, but I prefer to write in the daytime. I do my best thinking while out walking and I’m very lucky to have a lovely sunny writing room with a view over the garden. (I’m very territorial and often forget that I’m supposed to share this room with my husband.)

Underneath is your second published novel. Did you find it easier to write your second book and what was its inspiration?

I started writing it after completing the second draft of Sugar and Snails on the misapprehension that my debut novel was finished and ready for publication. It wasn’t. For a few years, I would complete a draft of one and then go back to the other, not knowing which would be published first, or even if either of them would make it. I’d already written another unpublishable novel (and several other false starts), so Underneath was my third attempt and a lot more straightforward to write than any of the others. Somewhat naïvely, I assumed this was because I’d learnt how to do this peculiar thing, but perhaps not. My current WIP is proving as much a challenge as my debut, but I’m reassured by the experience of having taken two others to the point of publication.

Regarding my inspiration, it’s often difficult to unpack, but it was partly influenced by a controversial advertising campaign run over a decade ago by the children’s charity, Barnardo’s, showing shocking (photo shopped) images of babies, born into disadvantage, as the adults they might become. The juxtaposition of innocence and delinquency was honest but disturbing. We like our villains villainous and our victims virtuous, but every criminal was a baby once. I thought I could explore that through fiction.

Would you like to tell us a little about Underneath (without spoiling the plot of course!)


It’s the story of a man who wants to live an ordinary life with his girlfriend, but things don’t work out the way he’d hoped. Unable to tolerate what feels to him like abandonment, he seeks a solution in a cellar with three strong bolts across door. Having done the unthinkable, he tries to carry on his life as if keeping a woman imprisoned is the most natural thing in the world. But his increasingly precarious self-justifications are difficult to sustain.

Do you base any of your characters on people you know or have met?

Not intentionally, although there is a very minor character in Underneath slightly based on my husband. But these made-up people must come from somewhere and all experience has potential to feed into fiction in some way.

You really get under the skin of your characters. Attachment and the long term effects of poor parenting seem to be central in Underneath. Did you draw on your experience as a psychologist in exploring these aspects?

Thank you, I really hope to write credible flawed characters and my experience as a clinical psychologist must help. I learnt about attachment issues in my training and it’s since become an important theme on my blog, as well as a way of making sense of my own childhood. Research shows that about a third of us have experienced insecure attachment but it can often go unacknowledged or even unrecognised (as in Steve’s case). I used to meet people in my work who, when asked about their childhoods, would describe them as happy, then go on to relate events that suggested it was anything but. As children, we feel responsible for our own misfortune, which can continue into adulthood, so that there can be a stigma associated with that early insecurity.
But I wouldn’t want to imply that an absent father, depressed mother and bullying older sisters automatically adds up to criminality. Vulnerable as he is, Steve has to take responsibility for his own misdeeds.

Finally, have you three words which sum up Underneath?

Aargh, that’s such a challenge! I was very tempted to borrow from how others have described it, but these words are mine: unsettling psychological excavation. 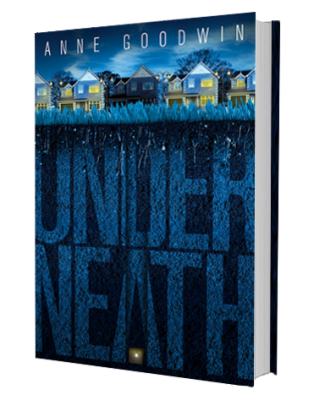 Thank you, Anne, I love your choice of words. 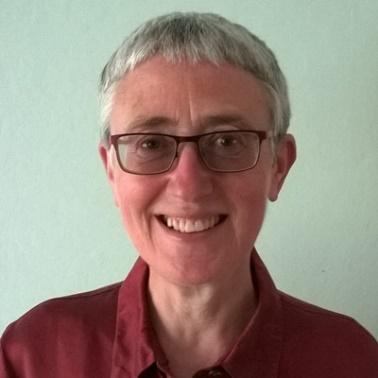 This was such an interesting read, particularly as almost from the outset, I had formed an idea of what Steve was going to do to keep his relationship with Liesel intact and then found that the story turned out to be far from predictable. It is so skilfully written that the reader doesn't notice the misdirections and then has to challenge their own assumptions.  We are given a  tapestry of episodes from Steve's life and I loved the changes in time with flashbacks to his childhood, which gradually revealed the truth. I must admit that even at the end, I was thinking my way through the story, a small part of me unsure. This is a book which I keep mulling over - did I get it right?

The story is told from Steve's perspective. Everything about his childhood seems to have been dysfunctional and his relationships with his parents and wider family are complex. Here, Anne's professional knowledge comes into its own and attachment issues are shown to be an intrinsic part of Steve's personality and actions. In showing us what made Steve, Anne is able to give us a reason to understand and have some empathy for a what in reality is a fairly unpleasant individual.

In short: Intelligent, insightful writing which takes you beneath the surface of life in many, many ways. 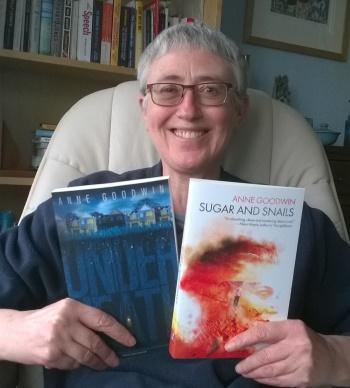 Like Steve, Anne Goodwin used to like to travel, but now she prefers to stay at home and do her travelling in her head. Like Liesel, she’s worked in mental health services, where her focus, as a clinical psychologist, was on helping people tell their neglected stories to themselves. Now that her short fiction publication count has overtaken her age, her ambition is to write and publish enough novels to match her shoe size. Underneath is her second novel; her first, Sugar and Snails, was shortlisted for the Polari First Book Prize. Anne lives in the East Midlands and is a member of Nottingham Writers’ Studio.
Catch up on her website: annethology (http://annegoodwin.weebly.com/) or on Twitter @Annecdotist
Published internationally 25th May 2017 in e-book and paperback
Amazon UK https://www.amazon.co.uk/dp/B06X9VN6CD
Amazon USA https://www.amazon.com/dp/B06X9VN6CD/

Buy in paperback directly from the publisher, Inspired Quill 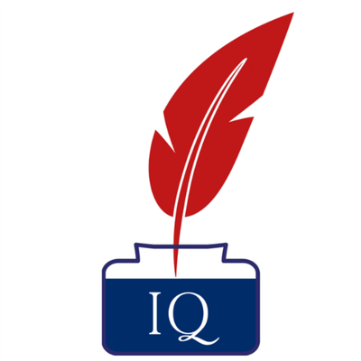 Thanks to Anne Goodwin and the publisher, Inspired Quill for a copy of the book and a place on the Blog Tour.

Check out what these other bloggers have to say: 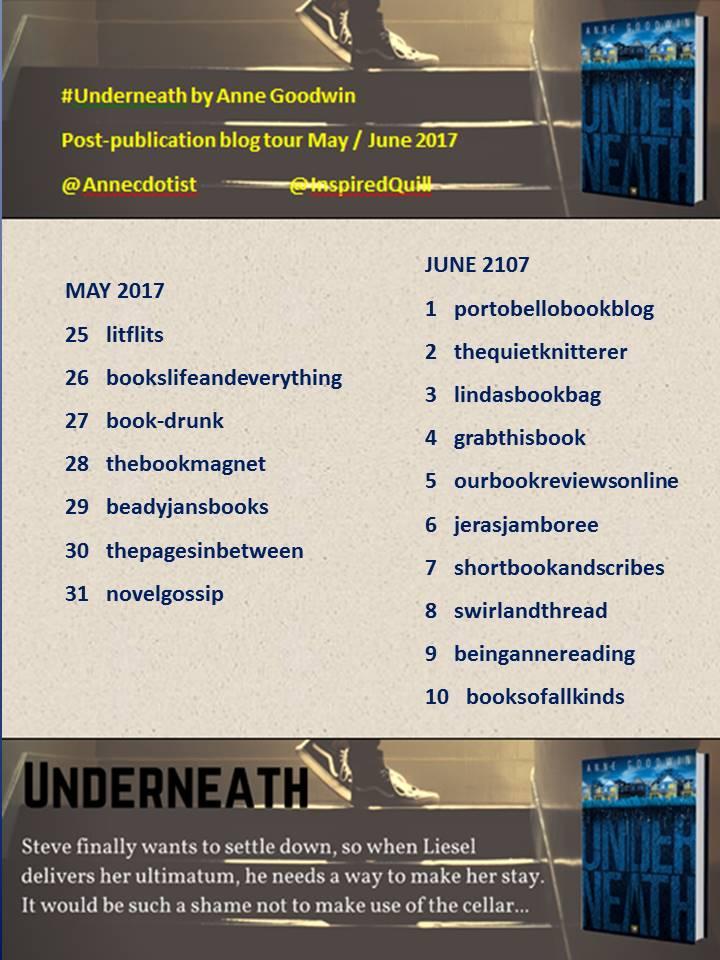